In March 2020 the London-based national government announced that it had granted West Yorkshire council leaders a limited range of devolved powers similar to those already given to Greater Manchester and some other English regions (20 years after devolution with more substantial powers was established for London).

In return for this limited devolved authority, the council leaders agreed to a new position of elected Mayor of West Yorkshire. The first election was scheduled for May 2021. 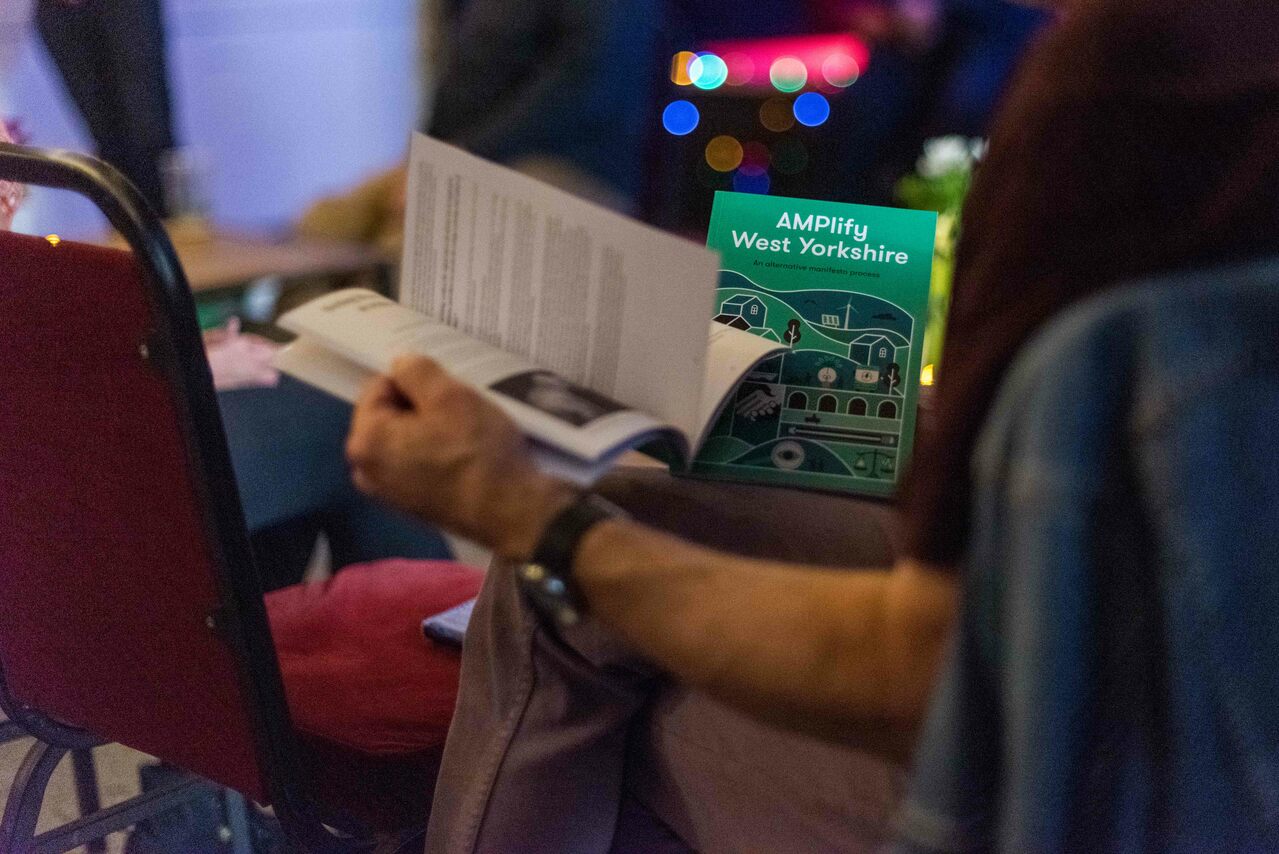 We expected that the media coverage of the campaign would make the regional scale of governance visible, and we could use that as an opportunity to invite people to come together to talk about what they wanted West Yorkshire to be like.

The vehicle for bringing people together was the collaborative production of a book, AMPlify: An Alternative Manifesto Process. We started with no writers and no content, and the challenge was to host a process in which the ideas in the book emerged from the enthusiasm and expertise of people living and working in West Yorkshire.

More than 350 people took part in the alternative manifesto process in some way, contributing well over 800 hours of time. Their participation ranged from joining a public zoom meeting to small groups of people having walks around West Yorkshire neighbourhoods.

To frame the process, we asked people to come up with new ideas and existing good ideas for the first West Yorkshire Mayor. The detail of those ideas was created in eighteen writing groups totalling 50 people, some of which were just a single person invited to write on a subject which they knew well, others were six or seven people who met regularly over two months to discuss the topic.

Links to all of the pieces from the book are here, along with a piece about Listening to West Yorkshire, which brought together the mayoral candidates to listen to citizen-led organisations from across the region.

Given how much time and expertise the 50 co-authors put into the AMPlify book, all without payment, we have a responsibility to try and track what happens to the ideas.

So far our best solution to this is a web page for each idea, listing any outcomes in West Yorkshire related to that idea, and any outcomes in other places for comparison. We began tracking in January 2023, and will contact the writers and update the tracking pages as often as capacity allows.

Printing and production costs for AMPlify: An Alternative Manifesto Process were supported by the Andrew Wainwright Reform Trust. The Trust works for "a just and democratic society and to redress political and social injustices... the Trust will prioritise organisations that are ineligible for charitable funding because they are considered too political or radical".