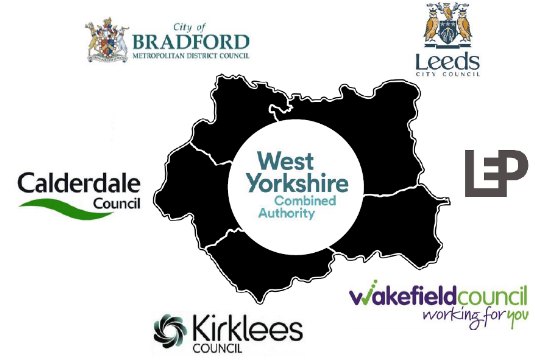 How can we link ideas for positive change in the region to formal structures, processes and policies in order to influence what actually gets done on a daily basis?

We need to engage with the detail of the Devolution Deal for West Yorkshire.

The West Yorkshire Combined Authority sought views on the transfer of powers to a regional level in a new Devolution Deal earlier this year in May/July1. Same Skies have previously provided a summary of the Deal2 and what it means for our region.3

In this post we look specifically at the existing and proposed powers over housing and planning (pages 25 and 26 of the Deal) and provide some initial thoughts to inform our on-going Alternative Manifesto Process (AMP)4.

EXISTING POWERS OVER HOUSING AND PLANNING

At the moment the WYCA has no independent power over housing and planning. The existing powers of the West Yorkshire Combined Authority (WYCA) are formally set out in legislation from 20145.

Currently each of the 5 Local Authorities are required to make a ‘Local Plan’ for their area, which identifies housing needs, availability of land and local policies.6 Each Local Authority has the power to decide upon planning applications submitted within their area, using their Local Plan to assess the impacts and benefits of development.

PROPOSED POWERS OVER HOUSING AND PLANNING

The new Devolution Deal contains a set of proposed powers for a new West Yorkshire Mayoral Combined Authority (WYMCA). These powers introduce a new level of control over housing and planning at a regional level.

The Deal also proposes that the WYMCA will be responsible for producing a Spatial Development Strategy for West Yorkshire. This will be in addition to the Local Plans produced by the 5 Local Authorities and introduce a new level of planning strategy and policy. The Deal doesn’t mention this but it is likely that the WYMCA would also produce planning policy for any Mayoral Development Area that is designated. 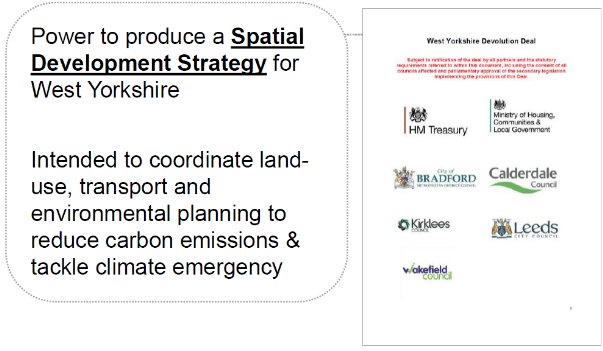 WHY DOES THIS MATTER? SOME INITIAL THOUGHTS ON THE DEAL TO INFORM THE AMP

It is positive that new powers are being given to West Yorkshire. However, at this stage the Deal is very light in detail about how these powers will actually be implemented. It is crucial that the new powers are used to address existing inequalities, reflect local priorities, and enable a regional response to the climate emergency.

At the moment we offer the below thoughts that we hope to explore with you through the AMP process:

Neil McKenna is a PhD researcher at Leeds University and an urban planner at Tibbalds Planning and Urban Design.
Twitter: @NeilMcKen

An active welcome in West Yorkshire

West Yorkshire is a great place. It is our home. We love it so much, we want to share it with others. We want to …