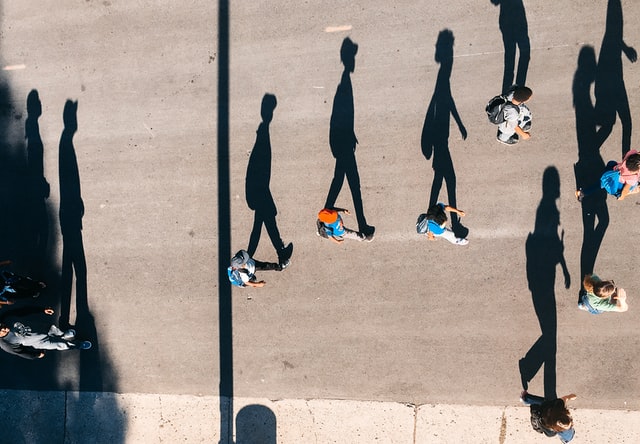 The national government in London has allowed West Yorkshire to have a "devolution deal" similar to Greater Manchester and the West Midlands among other places.

The London region also has a devolution deal, which started 20 years ago.

The agreement means that from May 2021 there will be an elected mayor of West Yorkshire. This is the same role that Andy Burnham has in Greater Manchester, and that Boris Johnson once had in London.

The position of an elected mayor is commonplace worldwide, but new in England.

We've read the full text of the document signed by council leaders from Bradford, Calderdale, Kirklees, Leeds and Wakefield local authorities and Rishi Sunak, the chancellor of the exchequer.

This is our summary.

WHY IS IT HAPPENING?

"Through partnership, West Yorkshire is determined to unleash its full economic potential and in doing so raise living standards for its communities and make a full contribution to the UK economy." it says on page four of the document.

The government in London wants our region to take out less from the national budget, and it has decided that passing some powers of coordination to a committee of local government leaders and an elected mayor is the most likely way for that to happen.

HOW WILL THINGS HAPPEN

Through a regular meeting between the leaders of the five West Yorkshire councils (all Labour at the moment), three other councillors from different parties for balance, and the mayor (plus a few other people who can contribute to discussions but not vote on anything).

The mayor is host and facilitator of the meeting, and can propose things to work on collectively, but if push comes to shove decisions are taken by a vote, with the mayor only getting one vote among the 9.

Individual councils can block things proposed for their area, even if all of the rest are in favour.

This structure might end up in deadlock and frustration.

Or it might lead to consensus building (even cross-party consensus), pragmatic, well thought out decisions and long term planning.

HOW WILL THINGS GET PAID FOR

The national government in London claims it is providing lots of money. The document quotes numerous figures, ranging from a total of £38m per year for 30 years at one extreme to £75,000 for one specific project at the other.

The councils and the mayor are given two ways to raise money without needing to go cap in hand to the government: they can collectively add an amount to council tax bills to pay for West Yorkshire-wide activities, and they can add an amount to business rates, subject to a vote of agreement by businesses.

WHAT JOBS HAS THE MAYOR GOT

The person in the role of mayor seems expected to take the initiative on two things, planning and transport (buses, roads and walking and cycling mostly, trains seem to remain separate), where it would be helpful to coordinate them across all of West Yorkshire, rather than just within local authority areas.

The mayor is also Police and Crime Commissioner, giving them oversight of the police, and a point of view from which to look at the causes of crime, and fear of crime, if they choose to do so.

The mayor and the regular meeting working together also have responsibility for further eduction, adult education and training (though not apprenticeships), and for the West Yorkshire response to the climate emergency.

Those are the areas of responsibility outlined in the document, but the mayor also has "functional power of competence", which means they can also take the initiative on anything else they want to (if they can build a consensus at the regular meeting).

There are one or two other interesting things listed, including a proposal for an “Act Early” Health Institute, which sounds like to would be concerned with how we live in good health for longer before we need medicalised health care, and a new British Library North building, in Leeds.

READING BETWEEN THE LINES

The document also goes to a lot of trouble to define relationships between West Yorkshire on the one hand, and national organisations such as Highways England and the Environment Agency on the other.

This is presumably because these organisation make decisions and take actions that affect West Yorkshire, but aren't answerable to anyone who actually lives and works here.

Two long sections on Innovation and Trade and Regional Business Support aren't about much except trying to get organisations responsible for research funding and increasing trade with other countries (Innovate UK, UK Research and Innovation and the Department for International Trade) to do their jobs properly:

That line sounds like it means "could you at least tell us what you've got planned in advance, rather than us finding out when you post the selfies on Instagram".

But lists of stipulations won't make any difference to how these organisations conduct themselves.

They face towards, and are answerable to, national management and above them to central government civil servants and ministers. The only way to change that is to break them up completely and to regionalise their functions and their budgets, making them answerable to local political leaders directly.

Photo by Tom Barrett on Unsplash

What does the West Yorkshire devolution deal mean for our region?

Regional Democracy and the EU – a view from West Yorkshire

This blog reflects the personal views of Leila Taleb (Bradford), Andrew Wilson (Huddersfield) and Ian Martin (Leeds). All are members of the Same Skies network …