On Friday 22nd January, Leila Taleb from the Same Skies collective and JUST was invited to participate in a panel discussion as part of 'Power to the North' - an event organised by the White Rose Consortium for the North of England at the University of Leeds. Like so many events of its kind, attendance on the day reflected the relatively narrow section of society in our region currently engaged in debates about our future. Nevertheless this was one of the very few big events where a real effort was made to hear grassroots voices alongside those who already hold power in our region. Great credit for this must go to Arianna Giovannini of the Consortium.

For the many people in our region unable to attend on the day, please find below a copy of the speech that Leila made as part of the panel. Below this, you will also find photos and messages from some of the delegates at the event telling us their views on #RegionalDemocracy.

[DEVOLUTION & CITY DEALS: A VIEW FROM THE GRASSROOTS]

I’m going to be honest here, when I first came across the term ‘devolution’, my initial instinct was how incredibly boring it sounded. What does devolution even mean to the average Jo on the street? Well, it turns out, nothing much- in fact, it probably rings more bells with Darwinism than it does with the true meaning of the word.

The agenda in England (in contrast to the bottom up approach in Scotland that developed during the independence referendum) has been led by Oxbridge politicians, local authorities and suited-and-booted business representatives.

This has resultantly served to exclude and disengage the public, as the agenda is seen as something remote from their daily lives, and decided out there in the corridors of Westminster and local authority offices behind closed doors.

Most ordinary people have no awareness of what the council does, let alone their protocol and procedures; they neither vote in local elections nor pay any attention to any kind of local politics, so why would they know about devolution?

In England, we feel green-with-envy disillusionment when comparing our experiences to the democratic revival in Scotland.

But there is no reason as to why we cannot have the same here. If we bring a sense of positivity, inclusivity and hopefulness to the debate, we can mobilise people of all backgrounds to be part of a movement.

So the question is: how do we turn devolution into an opportunity? We know the North has so much potential, but we need to take the steps to unlock that potential.

The solution is to reframe devolution into something that is ‘interesting’ to people on the ground in that it relates to their daily struggles and frustrations regarding transport, infrastructure, jobs, housing and the North-South divide.

At the moment, the term ‘devolution’ is too closely attached to Scotland and is somewhat seen as a tarnished word, which automatically alienates young people and people already uninterested in Westminster-style politics. I mean if you wanted to pick a word that only attracts white men in suits then here you have it. The first thing I noticed when I arrived today was that the demographic was not representative of the communities we live in.

If we led and marketed campaigns on things like the lack of efficient, reliable and cost-worthy public transport in the North, then people on the ground would most definitely come on board.

I am always complaining about the lack of jobs for graduates up North and how most of my friends have had to succumb to the pull of the South, as they are not in a position to ‘pick and choose’ their job, especially with a £27k debt trailing them and no real work experience.

Why should young people be forced to move to a place where it costs them in gold to rent a box miles away from the centre of the city and where nobody gives a monkeys as to whether you're dying in the street or have just won the lottery (I guess they’re used to seeing polar ends of the profound inequality in London)?

Friends that visit me from the South always complain about the lack of frequent public transport, as well as the expense. People experience these frustrations on a daily basis, yet they have no clue as to how this relates to devolution.

We should be looking at consciousness-raising around the symptoms of an overly centralised government giving precedence to London, rather than the technocratic process of devolution and squabbling over whether we want a Yorkshire-wide or a Leeds City Region bid.

If we are truly devolving power to local people, where are the people?

There is also a danger of mirroring the London economic model, rather than playing to our region’s strengths.

Instead of perpetuating the UK’s over-reliance on the services and financial sector, we should be looking towards developing a manufacturing and industrial base as well as creative and high-tech industries in order to retain more graduates that attend Northern universities, instead of feeding the brain-drain down to the South.

However, what we don’t want is the rooted inequality that has become a major side effect of the London economic model. We need good growth.

There has been an understandable tendency to jump on the oppositional and sceptical politics bandwagon regarding our fear that Osborne will, in fact, devolve cuts instead of power to the North.

It is evident that devolution needs to be accompanied by real resources. Nonetheless, focusing on the negative will only turn it into an inevitable reality; instead we need to take progressive steps to ensure that we are the start of our own movement.

Public pressure is one of the most effective ways to change policy, yet this is something we are completely lacking.

When I go to most events such as these ones, they are often filled with dry and content-less rhetoric that tends to go over my head, with no more than vague action points such as ‘yeah we need to engage people’, rather than trying to think about how we will go about carrying out the action points in small steps. So, I hope that we walk away from today filled with confidence and the drive to pledge to do one concrete action that will help facilitate democratic self-determination.

What do you think? Do you agree with Leila?

What about the photos below? Do you agree with these views of #RegionalDemocracy captured at the event? 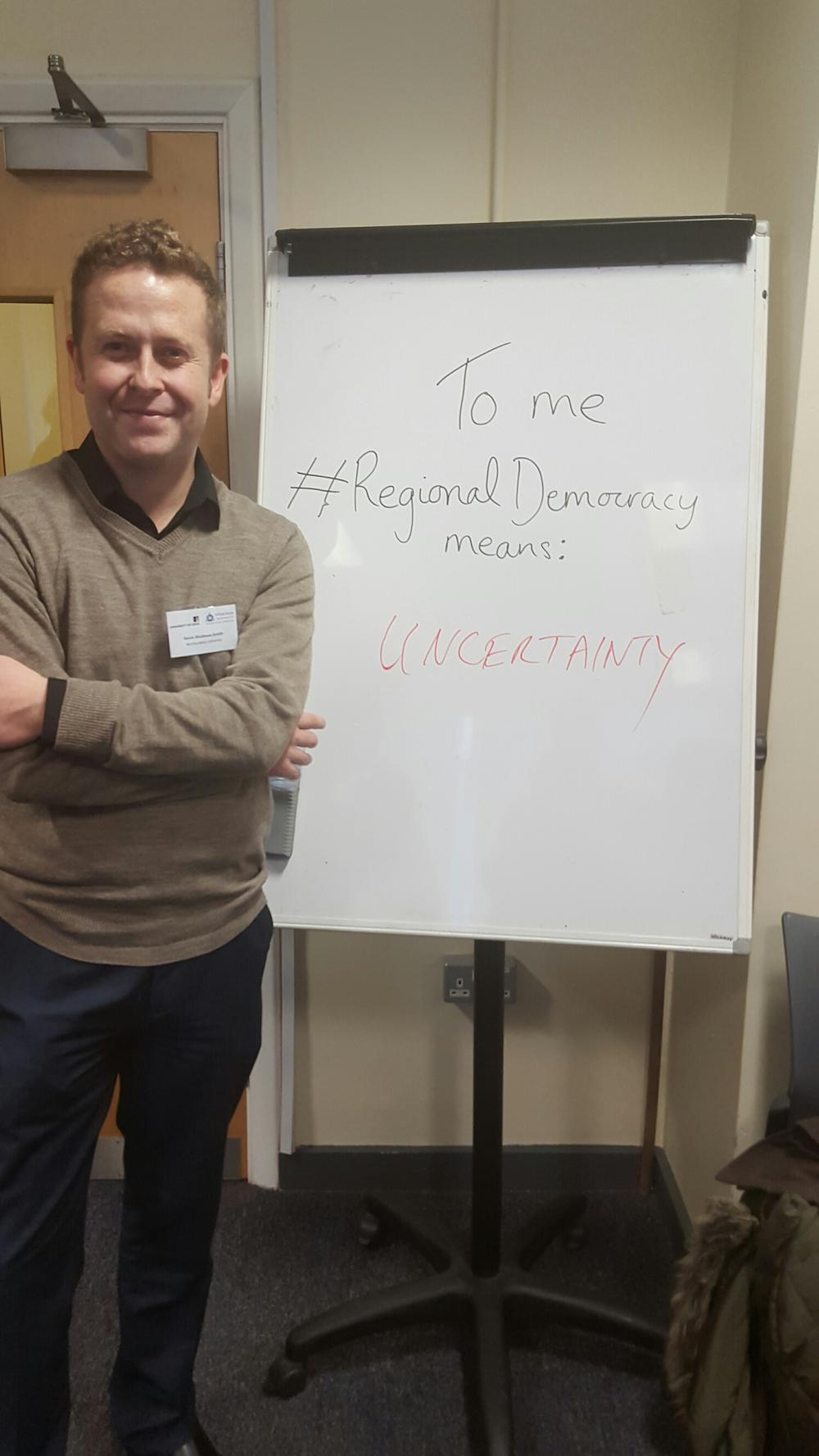 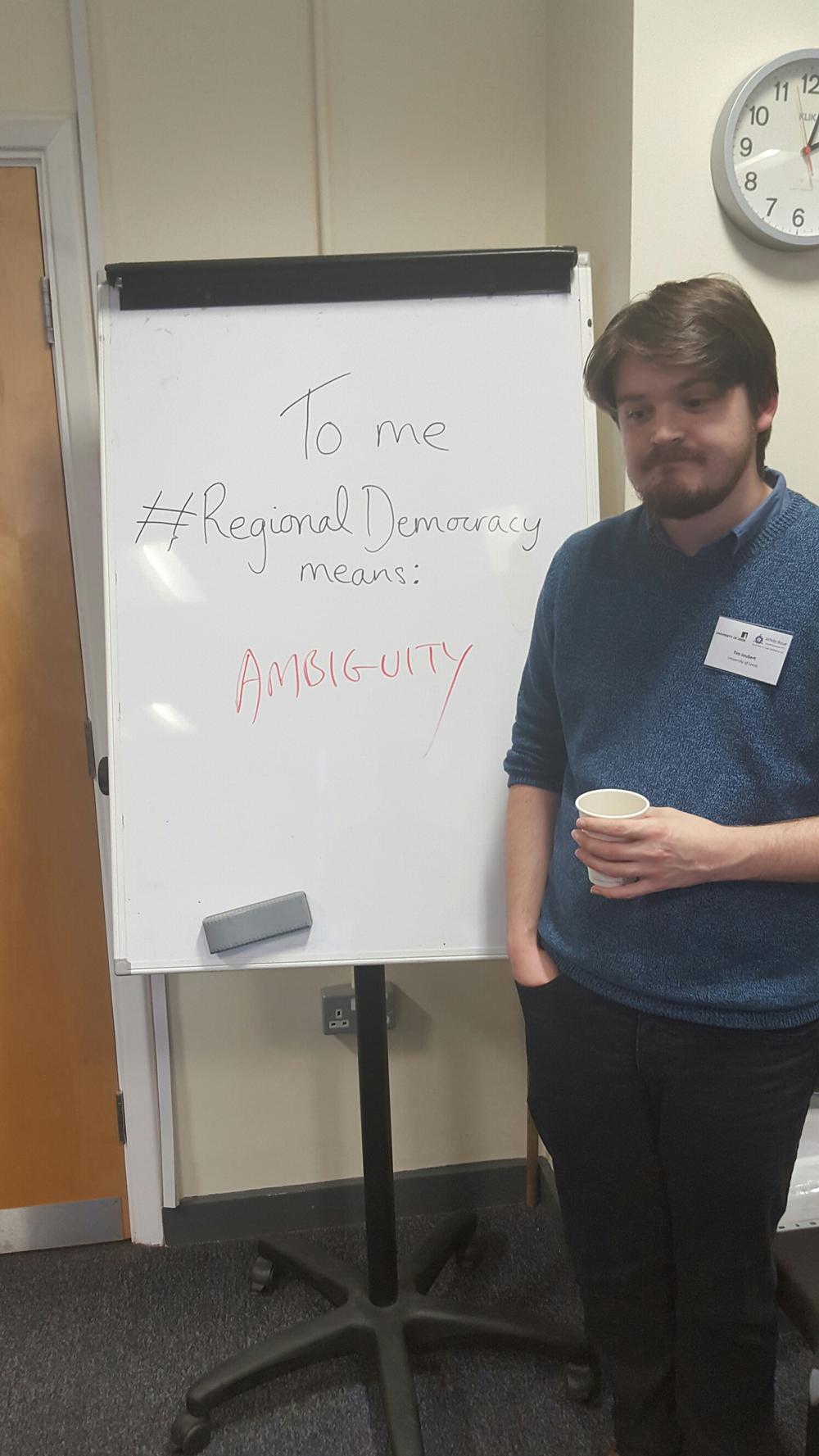 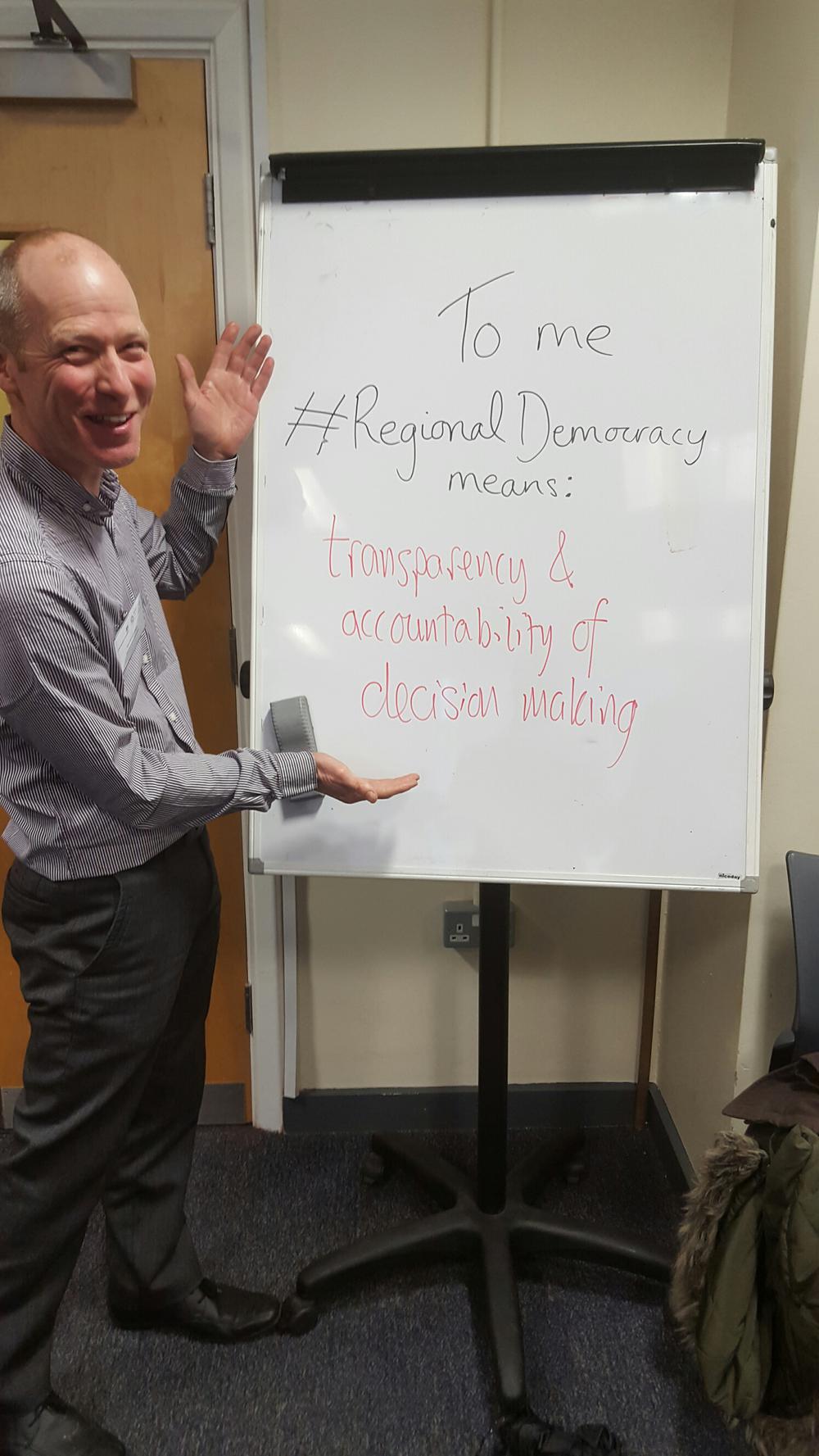 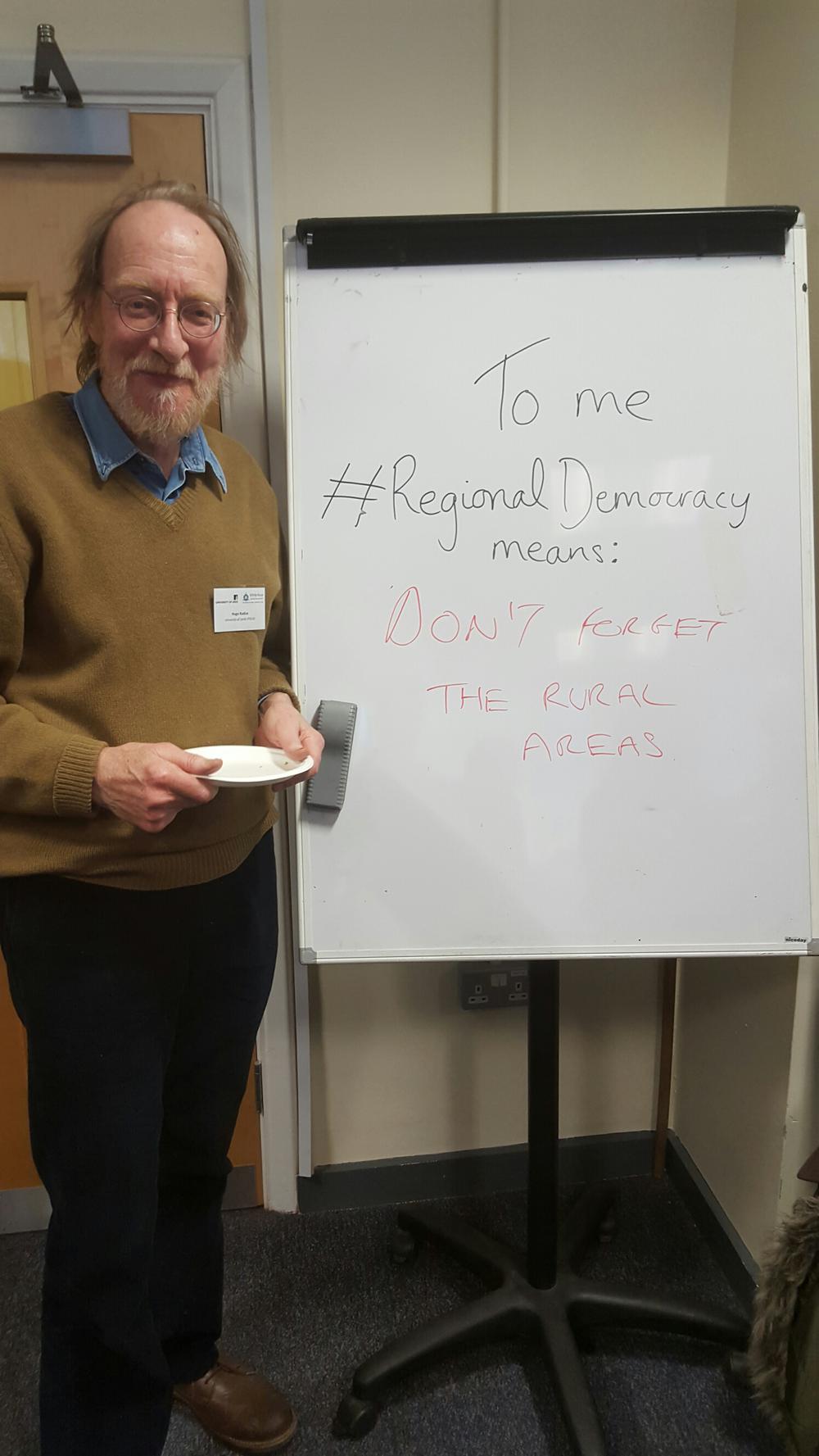 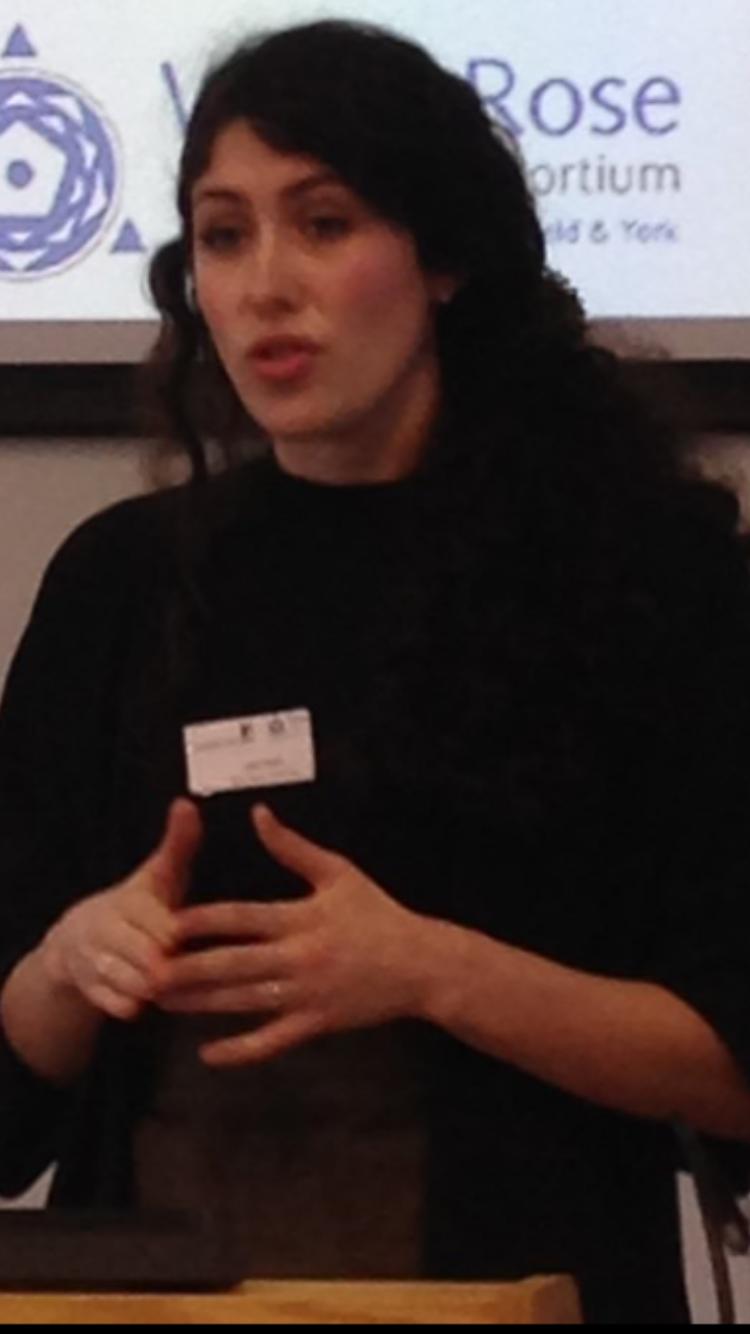 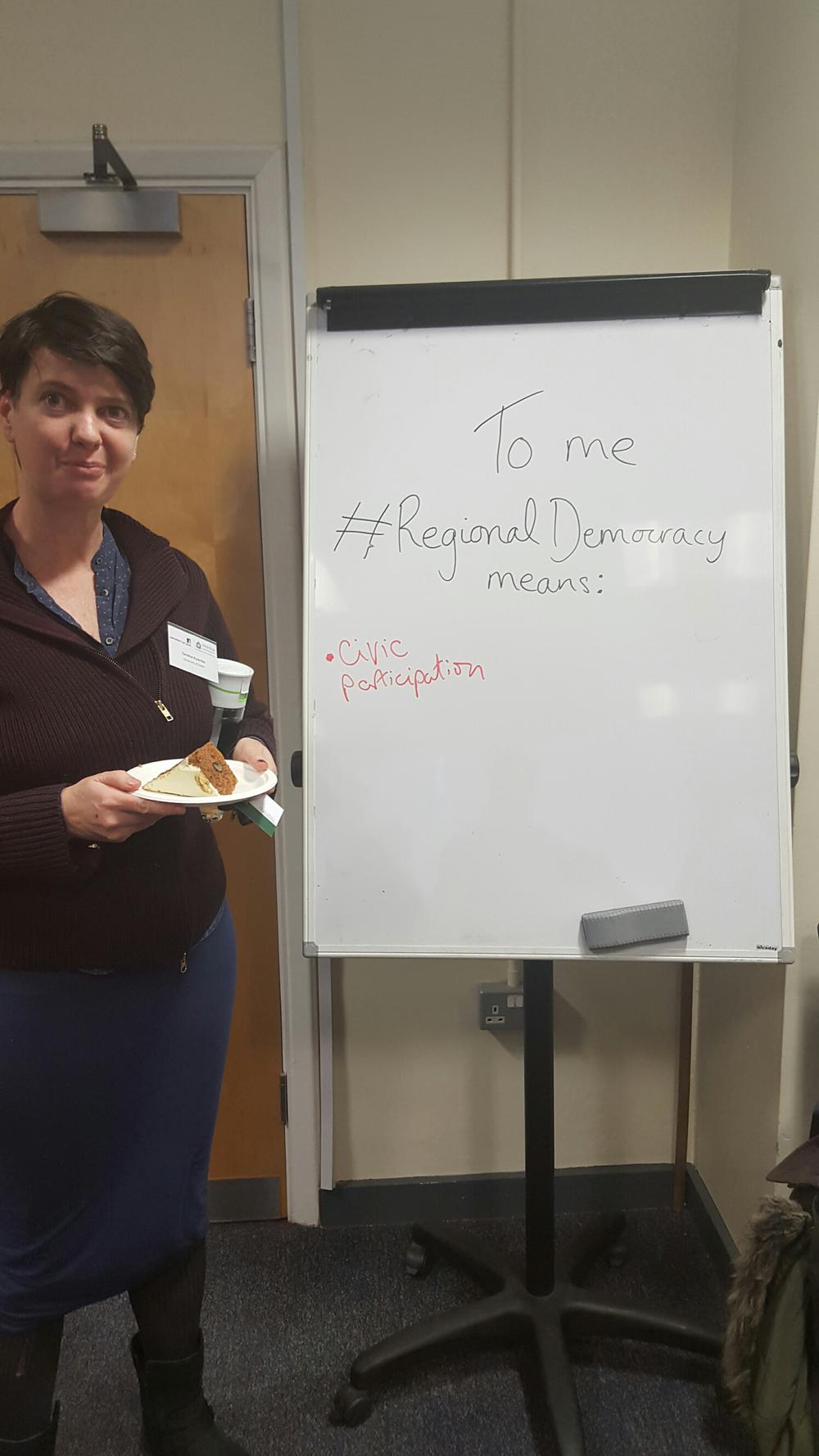 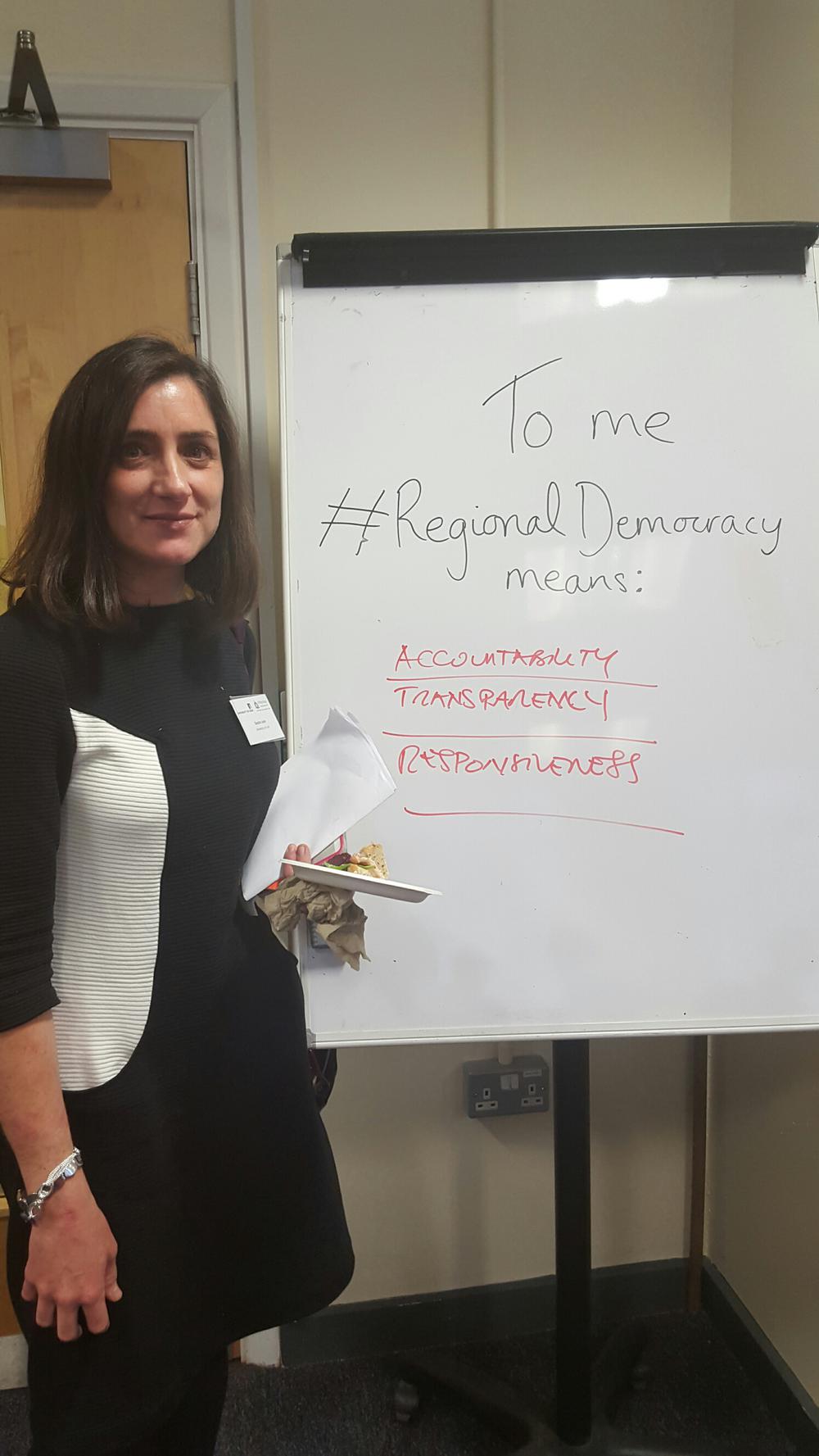 Planning and Housing - An alternative approach: Community and collaboration across boundaries

The UK has a housing crisis, and here in West Yorkshire, with an area covered by five local authorities and around 2.5 million people …

An active welcome in West Yorkshire

West Yorkshire is a great place. It is our home. We love it so much, we want to share it with others. We want to …