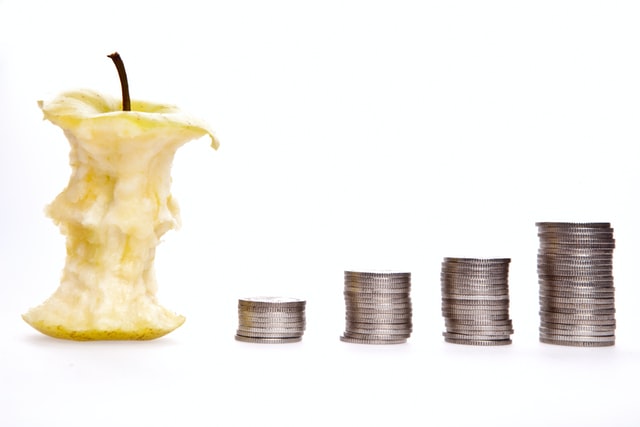 The recently announced West Yorkshire devolution deal provides £1.8 billion in funding over thirty years and new powers for deciding how that should be spent in our region. This includes investment in public transport, cycling, new housing, a new British Library North in Leeds and control over the £63 million adult education budget.

Funding for vital investments, with more decisions taken in West Yorkshire rather than Westminster, should be welcomed. But rather than the end, this should be the beginning of West Yorkshire’s journey with devolution. On top of transport, housing and culture, West Yorkshire (and other regions) should also have the power to address the failings in our welfare system and experiment with better ways of delivering it.

Having powers over welfare, to fix the problems with it, was important before the Covid-19 crisis. In 2016, it was estimated that 16 million people across the country, and more than half the adult population in Yorkshire and the Humber, had less than £100 in savings.1 Effective welfare policy, alongside good jobs and increased wages, is a vital ingredient to tackling this financial insecurity. Meanwhile, the roll-out of Universal Credit (UC), with the five-week wait for payments, alongside years of benefit cuts and sanctions, has led to a significant rise in rent arrears and food bank use according to the Trussell Trust.2 This has also been caused by deductions of 9% of UC payments for claimants through fines, loans and overpayments which, according to Feeding Britain, totalled £1.4 million in Leeds in just one month last year.3 The biggest reason for these deductions was for paying back advanced loans to cover the 5-week wait period. So something that was supposed to ease the financial pressure caused by the infamous ‘five week wait’, ultimately pushed people into more hardship in the future.

A recent study has linked UC with increased psychological distress, estimating that ‘63 674 unemployed people will have experienced levels of psychological distress that are clinically significant due to the introduction of Universal Credit’ of which ‘21 760 of these individuals might reach the diagnostic threshold for depression’.4 Moreover, our inadequate welfare system, and years of austerity, is partly responsible for the rise in child poverty in the UK – with 400,000 more families with children under five falling into poverty between 2010 and 2019.5

As a result of the Covid-19 crisis, the problems with our welfare system and the importance of dealing with them, have been brought into sharp focus. With the economy shrinking, the jobless rate doubling and many losing a significant portion of their income, more people across the country are experiencing the welfare system – many for the first time. In Leeds, the numbers claiming unemployment benefit soared from c. 18,000 to 30,000 between March and April.6 That means an even higher portion of the population will be confronting the problems in our welfare system - at a time when many desperately need the support to keep them afloat.

The Chancellor’s increase in UC and tax credits of £20 per week will certainly help, but they do not do enough to reverse the damage caused by a decade of austerity and the problems caused by benefit delays, deductions and sanctions, as discussed in the previous paragraph. Moreover, accessing welfare payments in the UK is complicated and often stigmatising. This means that the money does not always get to the people who need it. Indeed, it is estimated that in 2016, four million low-income families missed out on benefits they were entitled to.7 Now, more than ever, we need to ensure that people get the financial support they need.

So, while powers over transport, housing and adult education is hugely welcome and important, West Yorkshire should be given additional powers over welfare policy to address the poverty and insecurity faced by residents during this crisis and for the future.

At the very least, West Yorkshire (and other regional governments) should have the powers to conduct local or regional trials to demonstrate better ways of delivering welfare to support our residents. With the right powers, the West Yorkshire combined authority could make the following changes that would make our welfare system work better for West Yorkshire.

Studies from a range of economists and think tanks have shown that a UBI would boost the incomes of the majority of households, while higher earners pay it back in tax, and would significantly reduce poverty. A UBI proposal from economists Howard Reed and Stewart Lansley would reduce child poverty by more than a third, working-age poverty by a fifth and pensioner poverty by almost a third.10 A proposal from the Royal Society of Arts would eliminate destitution and reduce household poverty by 33%.11 Dr. Malcolm Torry’s report for a ‘Citizens Basic Income’ would reduce working age poverty by over 30% and child poverty by 25%.12 Even the New Economic Foundation’s more modest basic income proposal would lift 200,000 families out of poverty.13

These proposals and others address the question of how a UBI could be paid for at a nationwide level. This includes more progressivity in income tax, so that higher earners will pay their UBI back in tax; closing some of the 1,156 tax loopholes and reliefs - the Resolution Foundation think tank estimates to cost the Treasury £164 billion per year14; as well as considering other options such as a carbon tax and using the revenues to help fund a UBI, which was supported by William Hague and Alistair Darling in a report from Policy Exchange.15

The West Yorkshire devolution deal was a landmark moment. Any increase in funding and powers should be welcomed with open arms. But if we want to build a region where there is more financial security, less poverty and where nobody is forced to use a food bank due to the failings of the welfare system, then we need to demand powers over how we deliver welfare policy. At the very least, West Yorkshire should be able to conduct experiments to find and demonstrate better ways of providing people with vital financial support. When more decisions that impact our region are made in West Yorkshire rather than Westminster, then we will be more likely to get policies that respond to our needs and priorities. Powers over transport, housing and adult education are a good start. But we should also demand powers over welfare to make more of a difference in addressing poverty, financial insecurity and boosting our region’s economy.

Jonny Ross-Tatam is a teacher, an Executive Member of the People's Powerhouse and an organiser at UBI (Universal Basic Income) Lab Leeds. He is currently studying an MSc in social policy at the London School of Economics and has spent years researching the welfare system and how to improve it. He has spoken about welfare policy and the importance of universalism on BBC Radio and James O'Brien's LBC radio show.

Photo by Damir Spanic on Unsplash

How Can We Have Bus Services As Good As London and Manchester?

Matthew Topham from the Better Buses West Yorkshire campaign explains who owns and runs our buses at the moment, why our services are so bad …