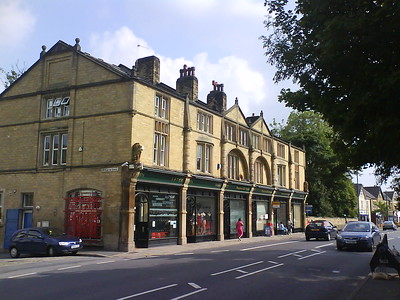 I have always had a socialist bent, from that young child being swiftly pulled along past a homeless person by my mum, as she explains why its best not to give them money. The child that screamed at her mum and cried her eyes out because there was a man cold and hungry, and nobody seemed to care.

Recently I feel chastised by that eight year old. I’ve decided to make more of an effort, be less afraid to ask questions, communicate and reach out to people.

I’ve been asking myself how I can get involved, help effect change, add some value?

I thought I’d begin in the area I’ve known most of my life, Chapeltown and Harehills.

Multi cultural, multi ethnic and multiple complexities. I wanted to gather interest and explore possibilities for change. To find out what those changes look like to those affected? As a starting point, I decided to create a survey to ask questions about what we need in life and as part of a community.

I met Samir, who works in a shop I pop into, one of those where you’ll find juices, soft drinks, ingredients and items that remind people of home. A bit like a continental but smaller, selling incidentals, imports and alcohol. He’s been in the UK 6 years and is a refugee from Somalia* . I used to call in to get my friend a Dragon Stout when visiting him.

I noticed that whatever time of day I went in the shop Samir was working.

After explaining what my survey was trying to, I asked him if I could leave some in his shop.

To ascertain what questions should be in the survey I asked Samir what was important to him, and I repeated this process with other people in the area. Housing, jobs, family, friends and religion/culture, youth and community were top motivators to varying degrees in all cultures, ages and walks of life.

It took some time for me to draft a survey. I thought there were too many questions, when in fact it isn’t such a broad topic at all. The ‘nuances’ identified and labelled repeatedly by the wider society, repeatedly get it wrong. BAME, Ethnic Minority, Minority Ethnics (because it really works if you swap the words around) Blacks, Non Indigenous, all labels intended to address the problems, encourage integration and collaboration, right?

Regardless of colour, creed or nationality, if I were asking these questions in a community without high levels of immigration, I would be asking the same questions. Because the issues would be the similar, socioeconomic problems. So, I began to draft my questions as I would any other community because that’s exactly what Chapeltown and Harehills is, except for the glaring disparity in investment and opportunities.

Samir had mentioned to customers what I was doing and if they’d be interested. Samir then began to insist I get the surveys to him as people were asking where they were. Brilliant!

Except all of a sudden, I felt reluctant to drop the surveys off. “What if I get no responses?”, “What if it’s rubbish?”, “How many should I leave?” I’d already discussed with Samir that he would try to give the surveys to people most likely to return them. I realised I might not get any returned but still, but that in itself is an outcome.

In the time of digital surveys, free platforms and databases I was a little worried. Would a survey on paper seem old-fashioned. I opted for 20 copies, being an eternal optimist and expecting most to be returned, albeit with a healthy dose of reality.

I called in to the shop several times when Samir wasn’t working. I really wanted to leave the surveys with him and chat again a little about how he’d decide who to hand them out to and a strategy to ensure they were returned.

Disappointed, I left the surveys with his work colleague and said I would be back in a week to collect them.

Whenever I returned to the shop to hopefully see Samir, I kept missing him. I did wonder if he was hiding out in the back of the shop not able to face me because of no take up with the surveys!

It was about 10 days in all when I collected the completed surveys, fourteen of them. Well, fifteen but one was blank!

Skilled at holding on to opposing ideals at the same time, I was a bit disappointed at fourteen while surprised and relieved that any were returned at all.

After receiving a good percentage of surveys back from a diverse community I wasn’t surprised at the responses nor did I expect to be, but what struck me was how poverty underpins most inequalities.

Poverty isn’t an issue of its own. If you are poor it permeates through to your physical and mental health, housing, job and career prospects and of course your immediate environment.

Mental health scored poorly on the questionnaire in ALL cases.

As I looked at the 11 questions on the questionnaire, I was reminded why I had asked those particular questions. I am no analyst, but I had attempted to get a snapshot into the requirements for basic human existence and progress to aspirations. Personally, I don’t need a survey to prove that these fundamentals, and opportunity for self-actualisation, are not being met.

Instead, another question arose for me, ‘whose responsibility is it to provide these?’ Is it government, society, individuals or all of the above…

I think it’s in the interest of us all, and all of our responsibility.

I hope the survey is a way that I can help to identify and match the community needs to the right individual agencies, government bodies and funders. In turn hopefully switching those communities on to political and community engagement and formulating future pathways to represent their own communities at local authority and government level.

I think about poverty and class a lot. It is my lived experience. You don’t get to my age without realising patterns, design and formula, whether they are purposely built-in or are some by-product or derivative of our bigger problems.

I know now what an 8 year old child knew.

So, full circle. I still feel chastised by that eight year old. I really didn’t need the ‘journey’,

I’ve known all along, shoving your hands in your pockets and shrugging your shoulders as you kick the can down the road, saying “yeah but what can you do?” is not how solutions are made.

Karen Peters
I am a proud Northerner, born and bred in Leeds. I remember halcyon days growing up in Chapletown, Earl Cowper school, community-led backstreet bonfires and plates of food being sent up and down streets. Even at such a young age, I remember caring and sharing. The area had its problems and for my mum, a single mum raising a daughter, she considered it no place to bring up teenager. Aspirations, dreams and heady notions packed, we moved to Moortown, where I climbed that water tower many times! I've lived in other cities for work and study, but Leeds is home. I love it. I don't lament a rose tinted past but I miss the sense of community. Recently I co-founded a community group 'Friends of the Aire'. We conduct river and local community litter picks and hope to include more socially focused activities. We involve River & Canal Trust and other organisations to bring resources to the area. The interest and take up has been phenomenal. Obviously the pandemic has stalled our progress but I remain motivated to pick up where we left off. Personally I have big ambitions that involve encouraging political and social engagement to bring about change and self/community actualisation. Oops, now I've said it!

At the end of last year, we collected together some of the pieces of writing that had got Same Skies members thinking that year. Many … 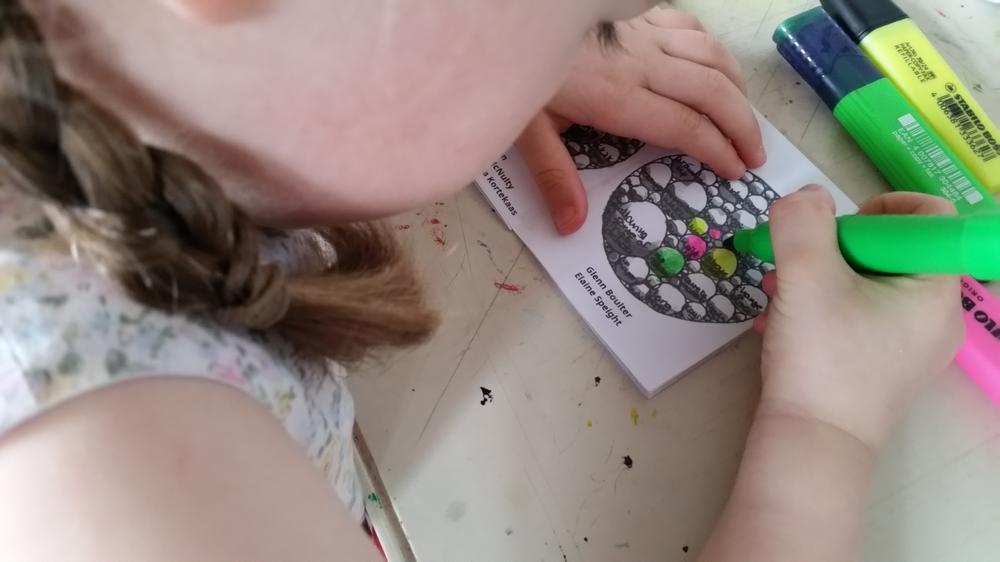 West Yorkshire artist Alice Bradshaw was artist-rapporteur at our symposium on the future of West Yorkshire's regional democracy in January.

That means we gave her …