Jump to text for Castleford Market - our neighbourhood, our regional democracy 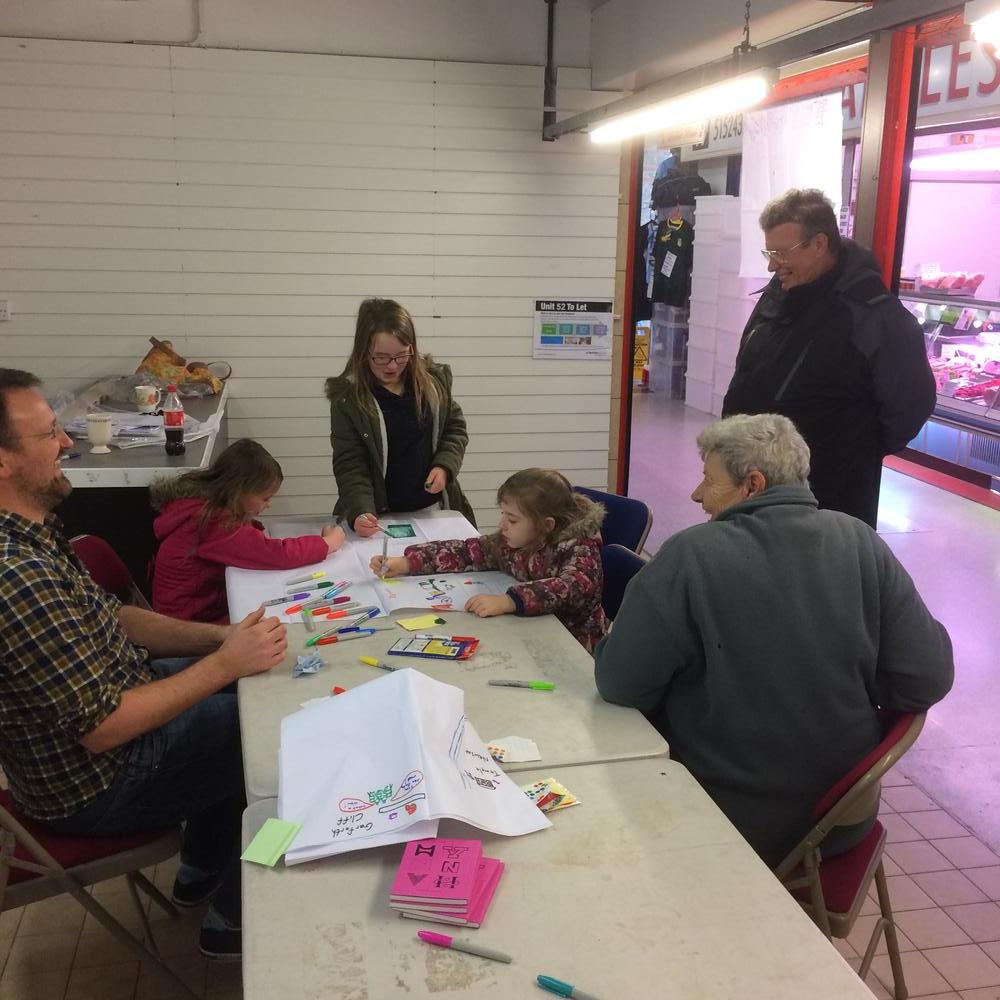 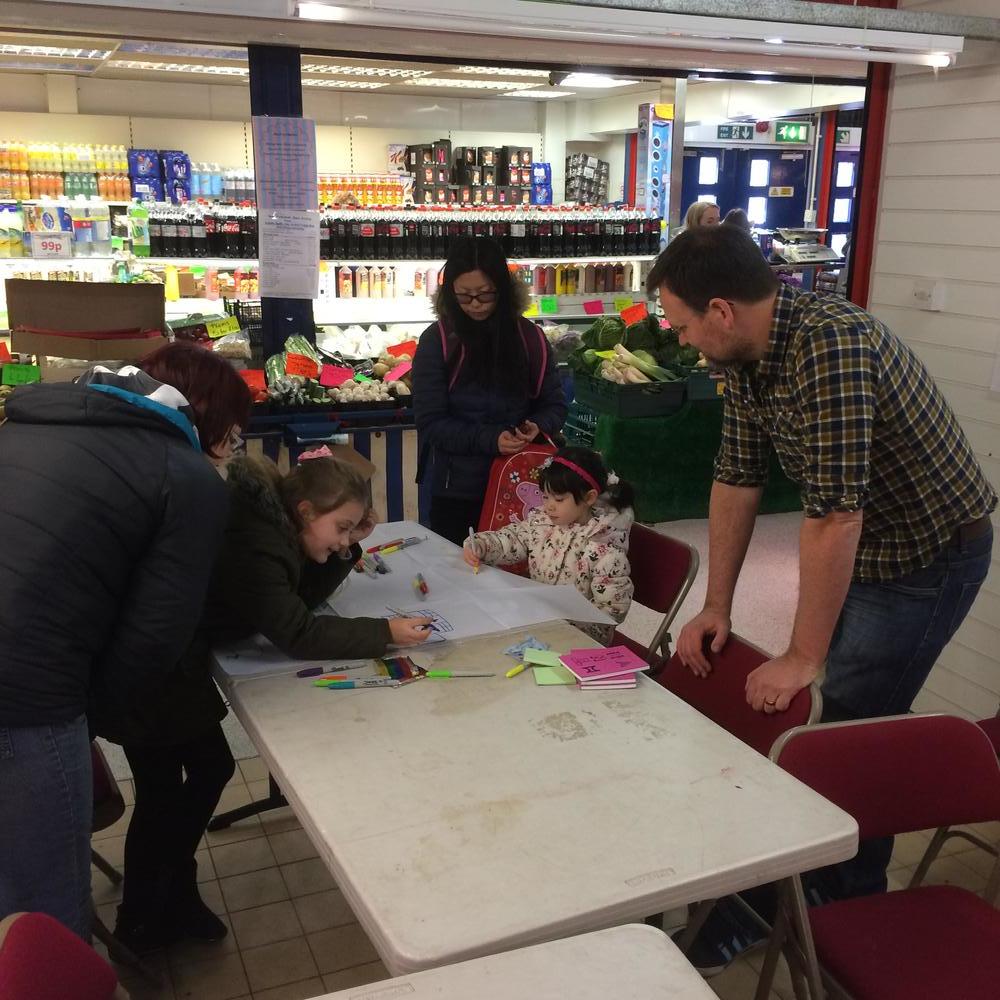 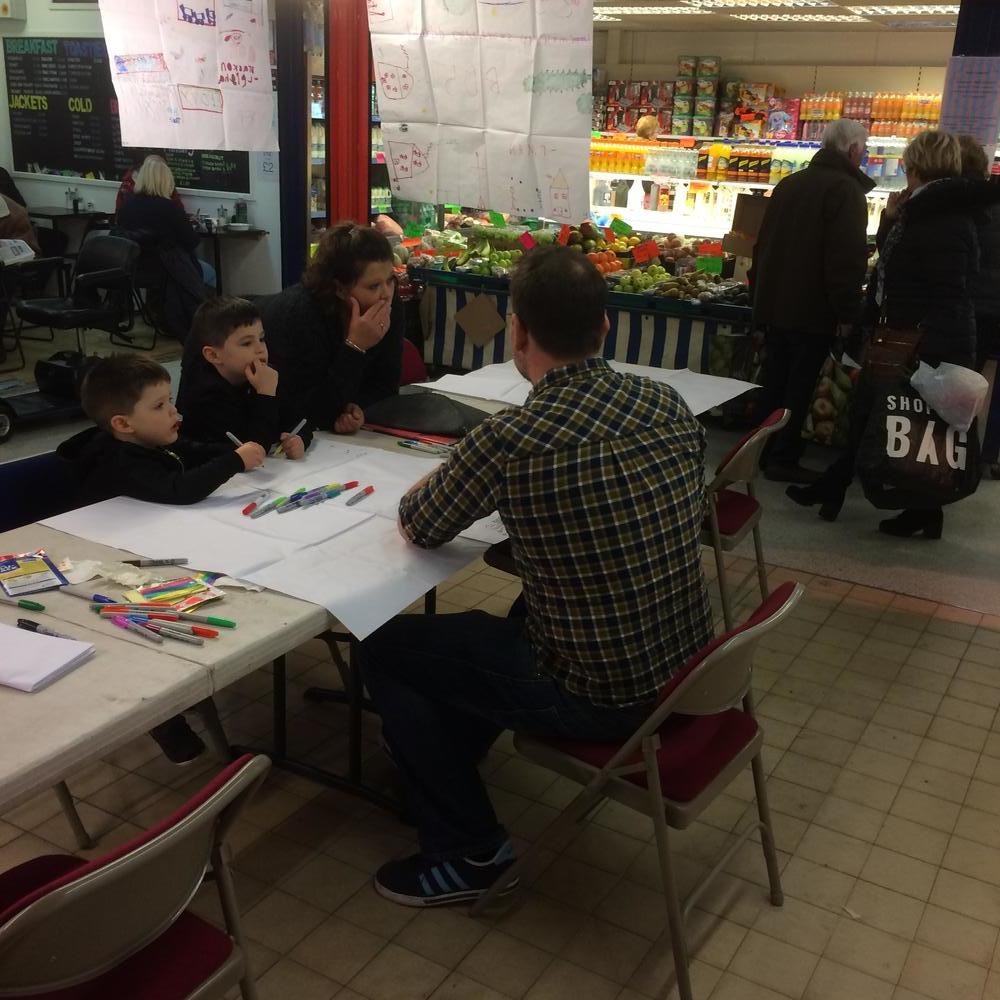 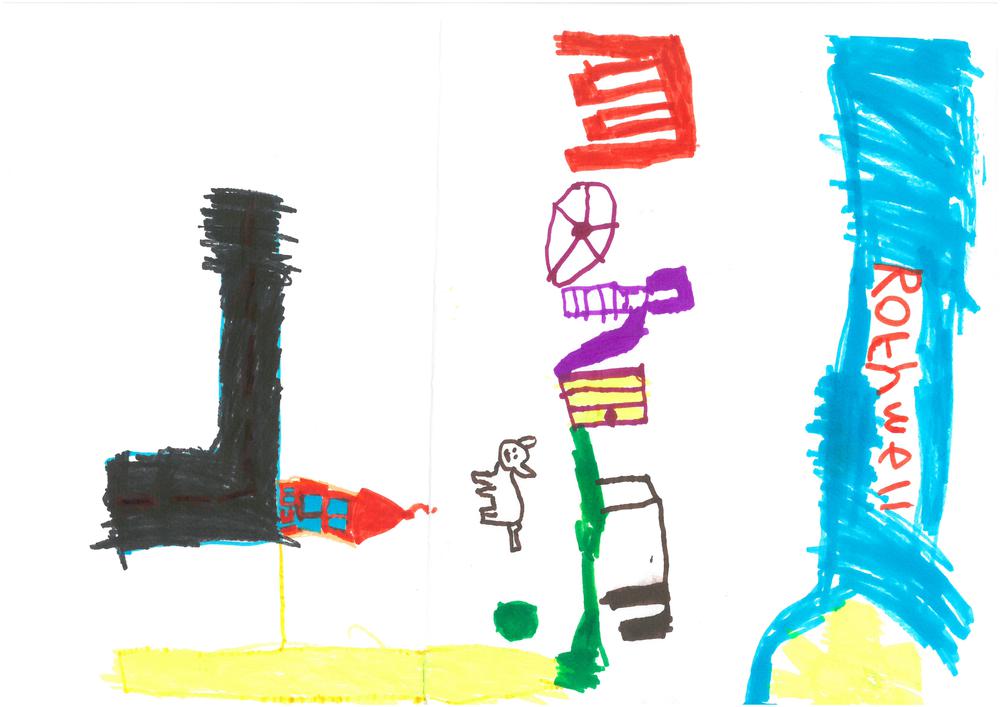 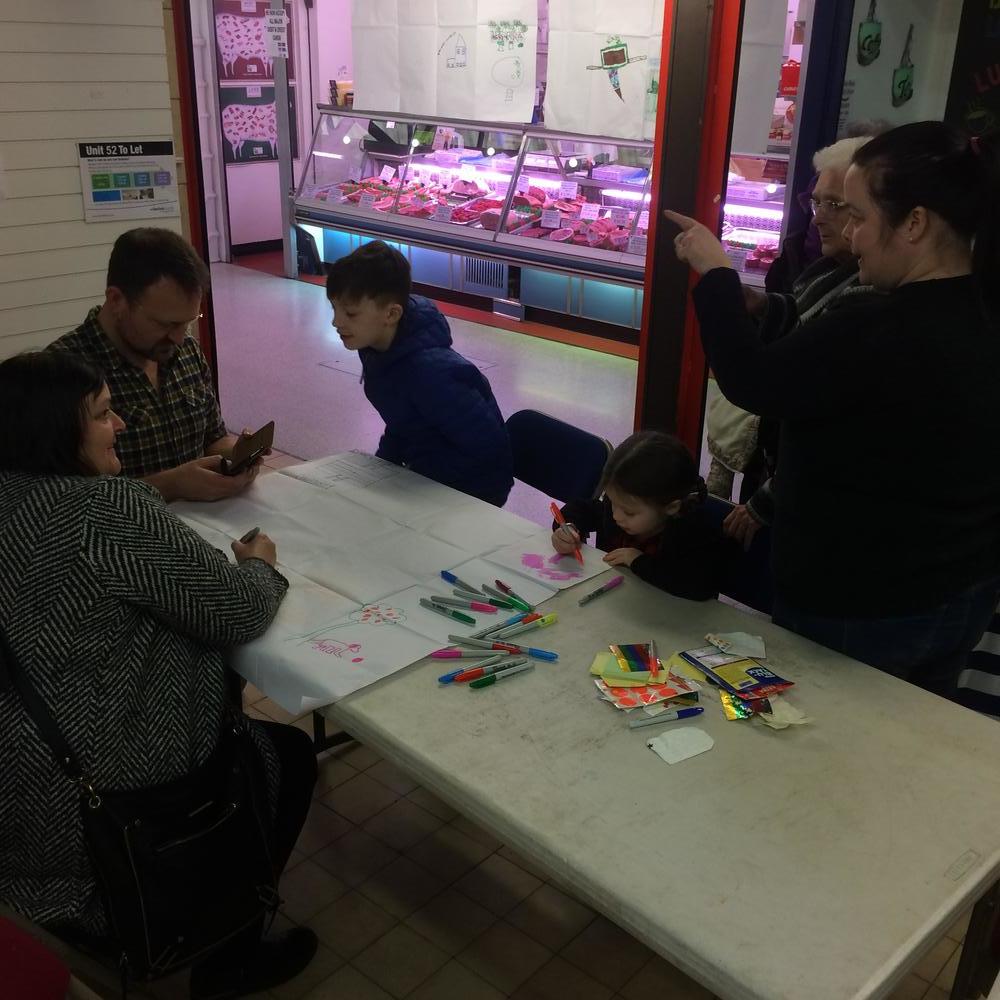 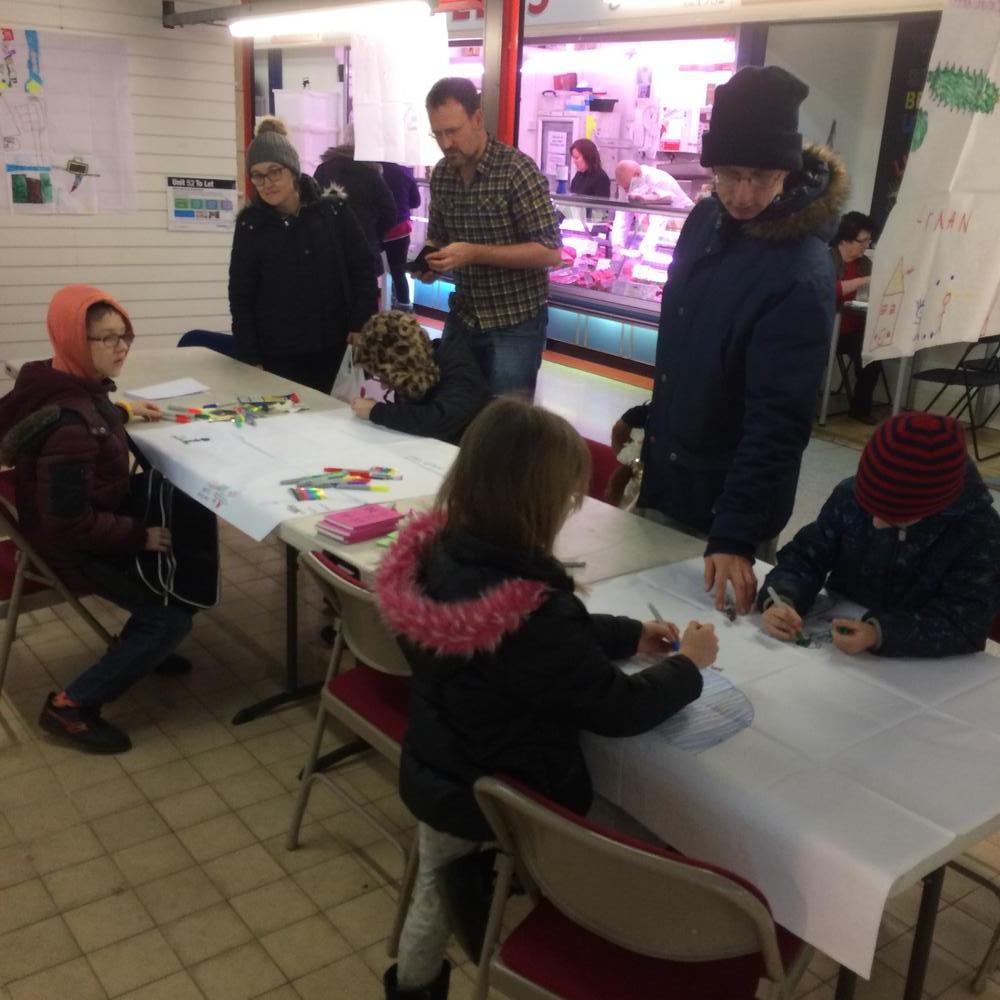 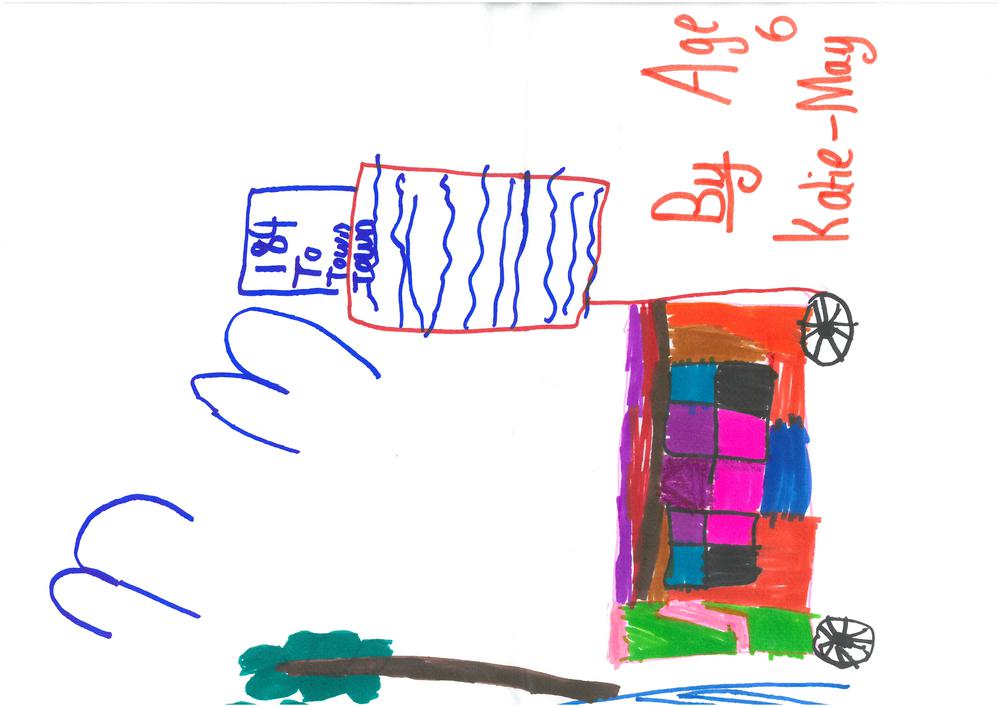 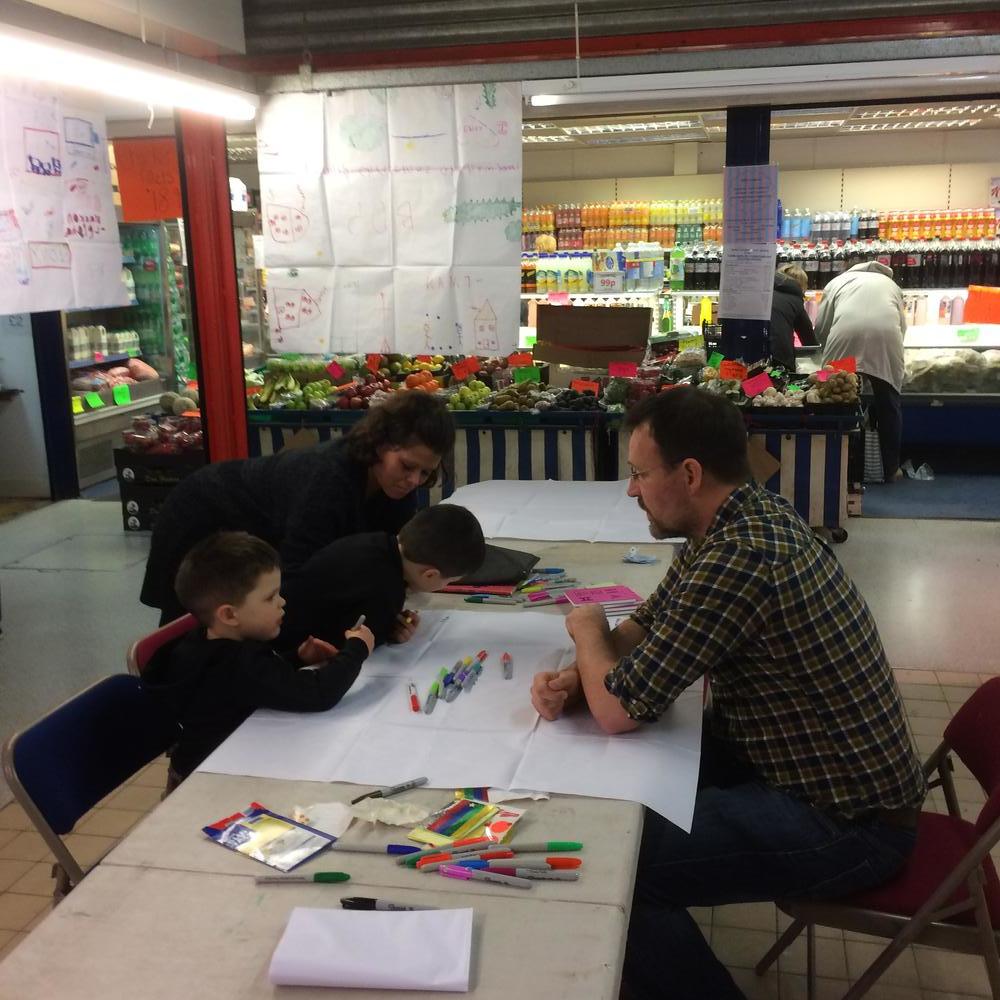 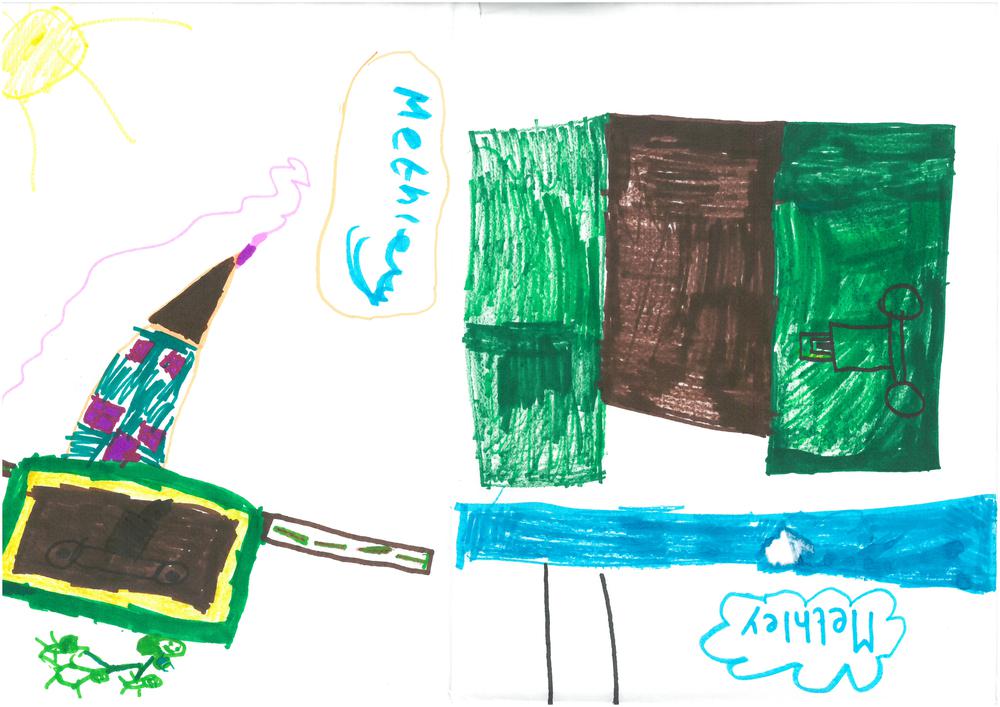 From the very beginning, Same Skies has been about building Regional Democracy up from the good stuff around us here. We are our own region and it’s up to us to take responsibility and make it even better. Instead of just resistance, cynicism or scepticism, we want to engage people in region building.
Our latest initiative takes us around the many markets of West Yorkshire where we have been asking people to draw maps of their own neighbourhoods, especially the good stuff, and talking about their hopes for the future of our region. Eventually we hope to put all of these maps together, building up that regional picture from below. Our first event was at Keighley Market and our second at Oastler Market in Bradford. On Saturday, we had a great day at Castleford Market.
As you can see from the maps and the pictures below, Castleford Market on a Saturday is a busy place (especially when there is a rugby league match on that afternoon). Often children would be attracted by the colourful maps hung around our stall and adults with them would want to look at others' ideas and share their own thoughts on their home region and its future. Together families sat down to draw and chat. They drew maps of the town itself and also the many other towns and villages around it from where people will travel for such a good market. You can see for yourself the things that passers by valued in their neighbourhood.

It was very common for people who came to see us to talk about and draw parks for playing, canal paths for walking the dog, community centres with things going on like sports clubs, libraries, shops and bus stops with regular services taking them to places like Castleford Market. People also talked a lot about schools, from their love for Ferry Fryston Primary School to frustration at not being able to get a place at the school in their village (Methley) and so having to travel every day to the neighbouring town of Rothwell.
Over time, we are building up a picture of the things that are valued most by people across West Yorkshire. The things that they want to keep, to protect and to develop. The things that exist in some neighbourhoods and that others would like for their own part of our region. Thanks to everyone for continuing to build our regional map with drawings from around Castleford – look out other markets in West Yorkshire, we’ll be seeing you soon…

Amongst the struggles and massive inequality, there is loads of great stuff that really needs shouting about

When we launched our collaborative book of hopeful ideas for Regional Democracy from West Yorkshire, we wanted to promote debate. If you haven’t yet …

What Kind Of Region Do We Want To Live In? A beginning...

Some thoughts and images from the beginning of the RegionalDemocracy event in Manningham, Bradford on Saturday. A full event report will appear on this blog …

Devolution must chime with the everyday needs of local communities

When we launched our collaborative book of hopeful ideas for Regional Democracy from West Yorkshire, we wanted to promote debate. If you haven't yet downloaded …