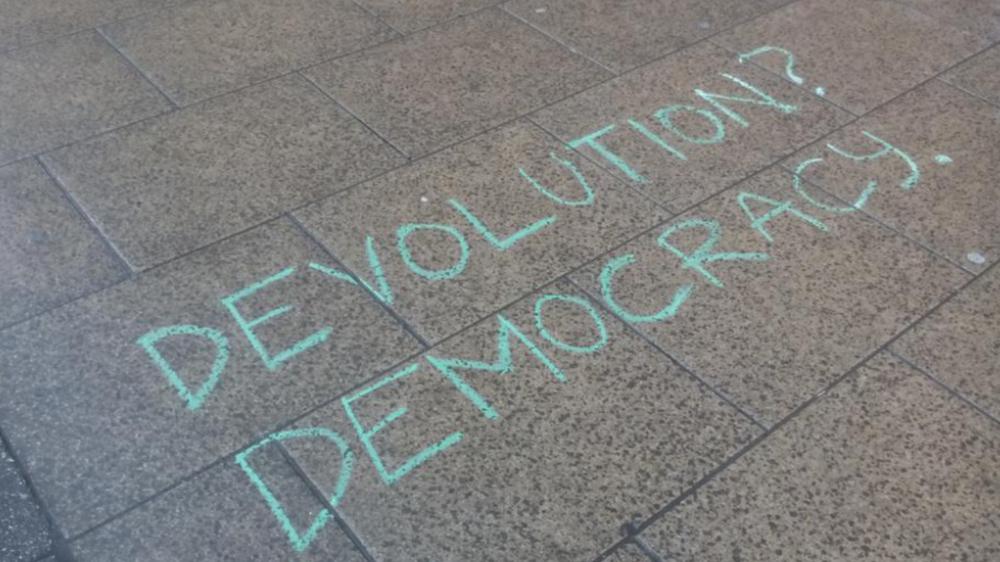 Thursday’s meeting of the West Yorkshire Combined Authority will have important implications for the future of more than 5 million people. Leaders from cities and towns around Yorkshire are meeting to discuss next steps in the long anticipated “deal” which would devolve certain powers and monies from Whitehall to Yorkshire in exchange for a directly-elected mayor. A deal for West Yorkshire has fallen behind other cities like Manchester because of disagreement on many issues, including geography. Should we have a mayor for West Yorkshire only? What about a mayor for all of Yorkshire, or part of it?

We don’t have a position on just how big the mayoralty should be. This post is not about the pros and cons of the current plan. The question we are raising is how many of the five million people affected by Thursday’s meeting even know that it is happening? How much do people know about the devolution deals being made?

Like most people in Yorkshire, we are in favour of having more voice. We certainly want a better Yorkshire. We want better communities, better schools, better transport. We want a better environment and a better economy, and know that regional democracy and greater independence from Whitehall are part of building a better future.

But building a better future is about Democracy, not Devolution. If devolution is about people, where are the people?

We urge the WYCA to have the courage to open up the politics. Let more people know what is happening. Let them engage effectively. Let civil society play a bigger role in developing a devolved regional democracy - not just the big charities and big businesses and big universities, but the small voices and the small places, the neighbourhoods and communities and civic actors who make this place great.

And don’t forget - no matter the result of Thursday’s decisions, Yorkshire and West Yorkshire will have to make their case to Whitehall. Broader public support can help make that case stronger.

We recognize that democracy is messy, and can seem inefficient. After months and even years of delay, delay caused by the complexity of Yorkshires already fragmented politics, who in their right mind wants to add more voices? Isn’t that a recipe for more stagnation? Shouldn’t the politicians just get on with it? Isn’t that why we elected them?

We aren’t protesting the decision today, nor are we saying that it should stop. Whatever the geography of the deal that comes together, leaders need to recognize that this is just the first step. The next steps are the ones that need to be more open, more democratic, that need the benefit of debate and engagement. The Combined Authority’s own plan recognizes the importance of 'fostering a wider community conversation'.

Starting from today, we call on the leaders of Yorkshire and West Yorkshire to make this ‘wider conversation’ happen. Don’t set up a standard consultation. Instead, hold special surgeries to talk about regional democracy. Reach out specifically to civil society organizations, including those who represent underrepresented voices like young people, women, BME and working class communities, and work with them to build a dialogue. Provide funds for outreach and education. Work with local universities and colleges to engage students and develop creative ideas for engagement and activism.

This is an unprecedented opportunity to build a better politics for the region, to engage people in region-building and not just resistance, cynicism or scepticism. Devolution is technocratic, business-as-usual with leaders in a different place. Regional Democracy is a new way of engaging people, focused on building a strong and diverse civil society capable of working with political parties and with local and regional agencies to help keep and build the promise of more local and regional decision making. If Yorkshire’s leaders try to build a new administrative apparatus without strengthening civil society, it won’t result in the type of transformation people are yearning for.

We the people of Yorkshire and West Yorkshire can be strong allies of elected officials and government agencies in devolution, but only if we are building Regional Democracy, not just some new lines on a map.

Let the people of Yorkshire help you build a better regional democracy.

This blog was written by Leeds resident Alex Schafran with contributions from other members of the Same Skies network.

What does the West Yorkshire devolution deal mean for our region?

"If we are truly devolving power to local people, where are the people?"

On Friday 22nd January, Leila Taleb from the Same Skies collective and JUST was invited to participate in a panel discussion as part of 'Power …