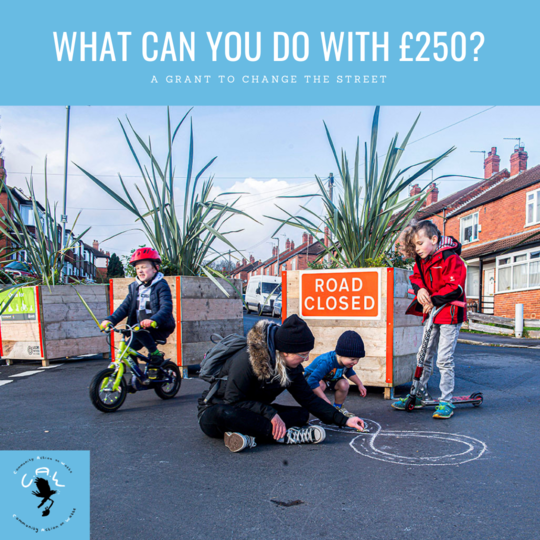 Community Action on Waste was created in an attempt to pilot long term change to the way our streets are treated; with particular focus on the student transition period which is famous for generating an enormous amount of waste. ‘Hyde Park Christmas’, as named by us residents, has become the annual dumping session where hundreds of tons of waste unnecessarily ends up in landfill. More often than not, intact items are found littering the streets and overflowing bins, yet these items are generally usable. The cycle of waste is then amplified when incoming students purchase these very same items, just new.

But, how is the travel infrastructure project of the Active Travel Neighbourhoods (ATN), aimed at increasing cycle use in the local area by restricting motor travel, and student waste related?

One goal of ours is to help facilitate deeper community connections between students and residents to help create a sense of place, in turn reducing ill-treatment of the area. We see the ATN’s as an opportunity to revitalise streets that have become single use motor-vehicle carrying infrastructure. Every street blocked off by planters has essentially become dead space. So, we want to grasp this opportunity to create a change in the way that the street exists, and therefore, who it exists for. The ATN’s primary aim is to facilitate more cycle-friendly streets, however it can also help create people-friendly streets alike.

Our current work is on a micro-grant project. We are working with the Council’s Active Travel Neighbourhoods to offer a grant of £250 towards a creative idea that utilises the currently dead space at the end of a street blocked by planters. Our ambition with this project is to inspire people from all areas of the Hyde Park community to collaboratively create a project that will benefit all. We will invite local people to submit their project ideas and provide feedback. We will also be running some online sessions to allow for more in-depth exchanges about the potential project. Each project will be analysed by a chosen panel to decide on the winning idea based on public feedback and other criteria. We hope to create a co-operative working group of diverse volunteers to implement the chosen idea. The end project will hopefully improve the visual appeal of the neighbourhood and bring people together. In giving folk a stake in their streets, we think the Hyde Park community will treat the streets, and their neighbours, kinder.

Imagine (if you are familiar with Hyde Park) that you can walk across the neighbourhood to meet a friend for a game of chess at the end of Norwood Terrace. Hopefully you’ll get a spot because the boards are popular! This patch of communal space, like others in the area, has been built by the people who live here. On the way you pass by a little garden, a nice relaxing bit of green, and you see kids playing on the new children’s play area near Brudenell road. This is a far cry from the ‘scruffy’ reputation Hyde Park currently holds. There is only one micro-grant to be given away this time around, but who knows what could happen if it goes well!

You can find out more information about our grant at www.communityactiononwaste.com

Reform of Meanwhile Use: Arts & Culture On The High Street

“There is no lack of imagination or those willing to try out new ways of celebrating life and culture within the district, but there is …