What would happen if Yorkshire could decide for itself how to welcome those fleeing war and persecution? If you want to help somebody who is starving, can you? Are you ‘allowed’? The answer is of course ‘yes’. Sort of.

If for example you are wanting to help an asylum seeker who couldn’t skilfully and successfully navigate our complex asylum system even though things were so frightening in their homeland they risked their life to reach the EU, you could offer them food, drink, clothes, somewhere to sleep and keep warm. If you were part of [Yorkshire St Pauli], you could make friends by playing and watching football together. But none of the taxes you pay to local or national government could be used to help them. Many people fleeing war and persecution are specifically denied ‘recourse to public funds’. Apparently it’s a big pull factor. [Like those rescue boats in the Mediterranean].

At the moment therefore even if you are more than happy for some of the money you give to the state to be used to keep asylum seekers alive, to help them retain some basic human dignity, it won’t happen. So in a sense, you’ve been prevented from helping someone who is starving. Is this what you want? Does this sound like the way that you and your neighbours want to welcome people to Yorkshire?

This is why so many asylum seekers in Yorkshire are destitute, without access to food, drink, toiletries, clothing and somewhere warm, safe and dry to sleep. The decisions made by our representatives mean that people who want to work to support themselves, who have no control over the minimum wage nor employment rights, are deliberately forced into unacceptable poverty.

This is why brilliant charities like [PAFRAS] in Leeds and [ASSIST] in Sheffield are having to work so hard to help desperate people with the basics, even though they cannot use any taxpayer funds to do it. PAFRAS alone help as many as 1000 destitute individuals each year. But surely you can change this. You could lobby your councillor, your MP and MEP, you could join a campaigning organisation like [SYMAAG] or [Leeds No Borders] to put pressure on the Home Office. In this country, ordinary citizens can influence policy that matters to them. Theoretically. But who is making these decisions? Where are they? Who is influencing them? Why are they making these decisions? There is a feeling of political powerlessness in many EU states and the ability to make a positive impact on government policy towards those fleeing war and persecution feels just as remote as anything else.

But what if it was different. What if the political engagement, that inspired long term residents and asylum seekers alike, around the Scottish referendum led to devolution within England? What if a movement of civil society organisations successfully campaigned for a new democracy in the North? Perhaps directly elected City Regions (like Hamburg in Germany) or a Yorkshire regional assembly or a government uniting the 15 million citizens of the North?

Even whilst retaining UK border controls within an overall EU framework, could Yorkshire choose ourselves how we welcome, accommodate, support and integrate refugees? What if we made those decisions ourselves within a lively new democracy? The [Scottish Refugee Council] recommend that ‘executive devolution of welfare support of asylum seekers to Scottish Ministers will ensure that people seeking asylum in Scotland are treated with the respect and dignity they deserve throughout the asylum process’. Could the same be true in Yorkshire?

Even if the UK government maintained a policy of forced destitution for those asylum seekers lost in the asylum labyrinth, could a new Yorkshire democracy welcome those asylum seekers entitled to support without stigma and prejudice? Without pre-paid cards at below the poverty line levels that actually make life more expensive by telling fellow human beings what they can buy and where they can shop? Even if we did not have the power to allow asylum seekers to work, to support themselves legitimately, to contribute to the tax base, could we ensure asylum seekers had cash support that enabled them to buy the things they need from the nearest, cheapest shop? Could we set a lead for other devolved regions to follow?

Historically Home Office contracts to manage asylum accommodation and integration projects have been allocated at a regional level but the policies were decided and implemented nationally. Did they reflect the welcome that we in Yorkshire wanted to extend? Could a new Yorkshire democracy take responsibility for using local knowledge better? For ensuring that people locally are properly informed about and engaged positively with the new arrivals in their neighbourhood? That they are properly supported to meet each other, have fun together, build understanding and share their common humanity? Perhaps even funded to hold street parties as proposed by the think tank [IPPR]. Could the 5.3 million people of Yorkshire and the Humber give a proper welcome to the 5,500 asylum seekers in the region?

In previous years local authorities were funded by the Home Office to provide accommodation and support services. This was achieved by elected councillors, council officers, related civil servants and local charities working together. They lacked the direct democratic legitimacy of an elected regional assembly but they oversaw a relatively groundbreaking period in cooperation and integration between people fleeing war and persecution and their hosts.

Subsequently the local authority consortium contract was not renewed and asylum seeker accommodation in Yorkshire has been run by private companies lacking the overall strategic responsibility for community cohesion exercised by local authorities. As the South Yorkshire campaign group SYMAAG have so brilliantly exposed, the central government contracted accommodation run by G4S and Serco in Yorkshire has been a disaster, leaving vulnerable individuals in squalid conditions, and was even described by the Parliamentary public accounts committee as ‘often unacceptably poor’.

Would this have happened in a Yorkshire democracy with real knowledge of its area and the impact on it of getting such a key policy wrong? Maybe. But I would argue much less likely.

Of course there are other factors to consider here: How would other parts of the UK and asylum seekers themselves react to a ‘kinder’ environment in Yorkshire? Would there need to be ‘minimum’ standards for welcoming asylum seekers across the UK (or even EU) to prevent any new regional democracy going too far the other way and becoming unwelcoming? Or does that undermine the very basis of devolution itself? To what extent would UK/EU procurement rules promote the involvement of private companies with no experience of working with asylum seekers in organising accommodation and therefore limit the authority of devolved governance? How would migrants from other parts of the EU and the rest of the world be welcomed alongside asylum seekers? Could integration projects for those with refugee status also engage other migrants with host communities? Maybe a new Yorkshire democracy would enable those struggling in our many different communities, whether migrants or locally born, to find common cause in reclaiming power for their part of the world and demanding decisions are made closer to them and their experiences?

For these reasons I would like any future devolution proposals for this part of the world to consider including the right to fund and make policy on asylum support, integration and community cohesion. For truly worthwhile devolution that empowers those most left out by our centralised state, the process of building a grassroots coalition of citizens able to speak to power will take time. It will be the issues that will engage more than structures – what if we got ambitious about being more welcoming to asylum seekers? Could devolution allow us to stand up, take responsibility and be kind?

Views of asylum seekers in Glasgow on the referendum [http://mappingimmigrationcontroversy.com/2014/09/18/that-was-in-london-not-here-talking-anti-immigration-campaigns-and-belonging-with-asylum-seekers-and-refugees-in-glasgow/]

Detailed statistics and background on migration in Yorkshire [http://www.migrationyorkshire.org.uk]

What does the North mean to you?

Do we get a fair say in the decisions that affect us?

A few thoughts from around West Yorkshire.

Come and tell us what you … 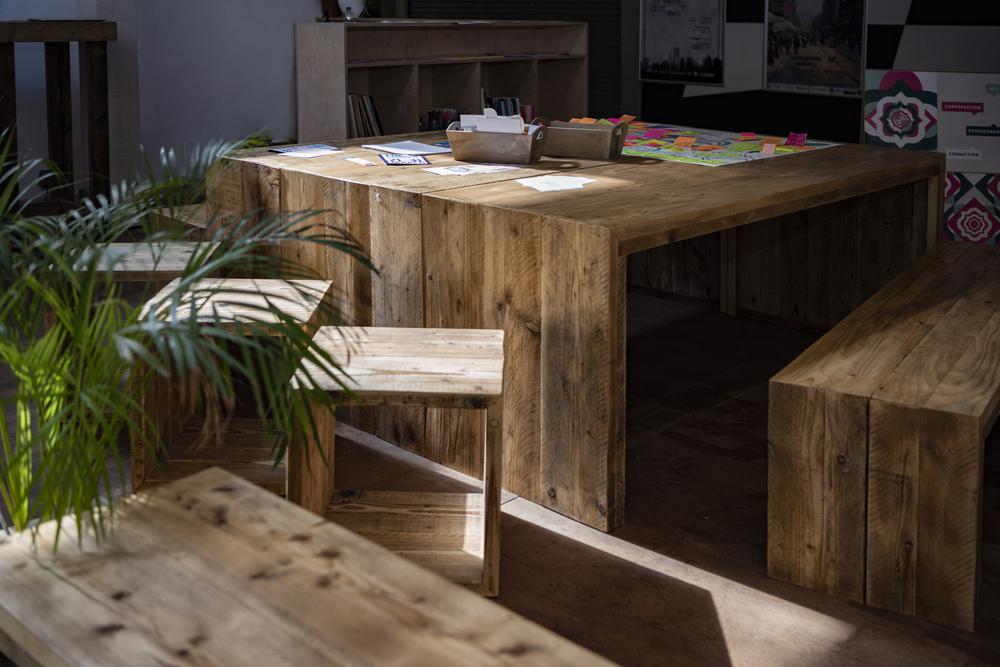