Rojava is the light in the darkness that is Syria, an autonomous region of 4 separate but interrelated cantons since 2013, also known as Syrian Kurdistan. Rojava has established a society based on the principles of direct democracy, sustainability and gender equality. The YPG are the military wing, a very young army that has only been in existence in this form since 2012. Yet I, and probably most other Yorkshire folk, hadn’t heard of Rojava or even the Kurdish people, until Kobane came under siege from the terrorist group ISIS (known as Daesh or ISIL also) as this was a key strategic area that if ISIS had won, would have given them a great strategic advantage.

And now I know that there are 300,000 Kurdish refugees in the UK, and Leeds, Huddersfield and Bradford are home to many of the Kurdish diaspora, some a few minutes from my door. We also know that ISIS didn’t win, they didn’t take Kobane. The YPG; unbelievably; whilst starved of military and humanitarian assistance by Turkey’s ongoing campaign against the Kurds; triumphed. This military, made up of 40% women, and under a political system closest to what we know as anarchist/libertarian socialism, or grass roots organising, not only resisted the onslaught of ISIS but last year seized land. Rojava typifies the spirit of demanding the impossible, making dreams reality. 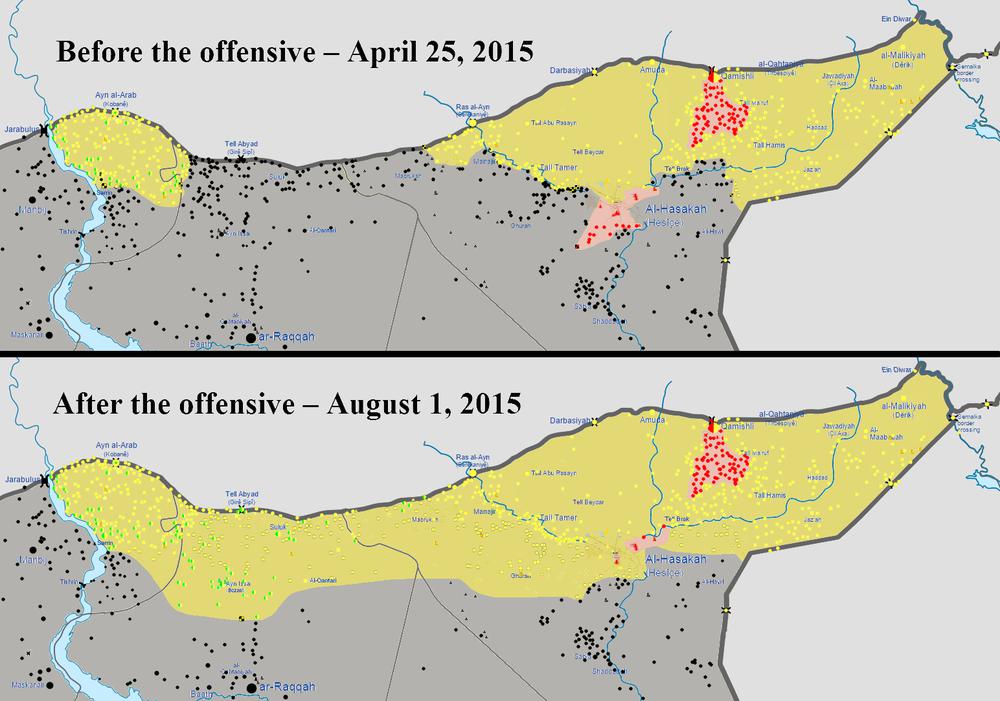 Rojava and Yorkshire are; literally; miles apart and have different cultures, landscapes, ways of being. This is not a call to identikit and imitate the Rojava Project, but rather to engage with the consciousness of Rojava in ways that have meaning for us here.

One of the most interesting elements of the Rojava Revolution is that it has emerged from a Stalinist-Leninist hierarchical organisation into a movement committed to Democratic Confederalism. This means, at it’s core, power to the people, to neighbourhood assemblies rather than high ranking officials. In Rojava, decisions happen at street level, at the grassroots. In some ways, Yorkshire might seem the opposite of that; with the bureaucracies of councils and proposed devolved powers centralised in Mayors, or decision making concentrated down in Westminster, London, by a load of Eton boys who have no understanding of the North. But actually Yorkshire is rich in a history of grassroots organising from the radical militancy of food riots or anti blackshirt organising, right up to just a few weeks ago during the floods when all over Yorkshire neighbours helped neighbours and volunteers piled in to provide food, accommodation and hard labour for strangers across the region. Grassroots organising without money or hierarchy happens all the time across Yorkshire, and it’s up to us to make it happen more.

We lost a much loved Yorkshireman out in Rojava last year, Kosta Scurfield who came from Barnsley and was a former Royal Marine. His parents, Vasiliki and Chris, campaign for Peace and speak out about the Kurdish struggle, including resistance to ISIS. We even have Joe, a Halifax lad out fighting with the YPG right now, through the International Brigades group ‘Lions of Rojava’. Those with a sense of history will know this resonates with the Spanish Civil War and many dreamers, thinkers and makers from our region heading out to join the anarchist resistance to fascism there. Whilst there are few who would not understand the necessity in this situation to take up arms against ISIS as self defence and against genocide, the military element of Rojava is just one small part, and perhaps the least transferable element of the Rojava Project to a Yorkshire situation.

Instead perhaps we can look at some of the economic systems in Rojava, much of the financial situation is managed by cooperatives; these are non-hierarchical collectives that manage the day to day systems such as agriculture. As Abdurrahman Hemo; advisor for economic development states in explanation "Our economic project is the same as our political project. We call it “social economy,” and all parts of society participate. It’s cooperative. We have started to build cooperatives in all different sectors: we have trade cooperatives, company cooperatives, construction cooperatives. The organizational model for our economy is the cooperative. Our aim is to be self-sufficient. If there is just bread, then we will all have a share. This is the main principle of cooperatives.”

Again, this is not so far removed from the cooperative community that exists across Yorkshire. In Leeds alone, there are workers co ops such as Leeds Bread Co Op, or the cooperatively owned market place Fairmondo, or Oblong who operate a flat management structure to run Woodhouse Community Centre. There are also Housing cooperatives such as Firelight, Cornerstone, Tangram, Xanadu and Lilac.

The essential ways that power and oppression are understood and challenged in Rojava as integral to Women’s Rights are absolutely central to the ideology in Rojava and women make up 40% of the People’s Protection Units (YPJ). The YPJ are in charge of investigating rape and domestic violence, and the police force are taught feminist theory as part of their training. Equally, despite massacres, torture and brutalisation of the Kurdish people as an ethnic group, they have not turned away in fear and grown isolated as a people but instead ensured Rojava is committed to ensuring other ethnicities are welcome. Indeed, for Christians it is one of the few places that is now safe in Syria, and the Yazidi people; of whom the YPG/YPJ rescued 50,000 from an ISIS massacre off Mount Sinjar; have their own fighting forces within Rojava as a separate but united front with the mostly Kurdish units. This welcoming, in the face of adversity, rather than a closing off from fear, is something that Yorkshire can do too. The deadly creep of racism and the rhetoric of the Far Right is a horrible truth for Yorkshire, yet just as true is that Yorkshire common sense and hospitality, and a history of multiculturalism and integration. If 3,000 Syrian children are finally given refuge in the UK I trust Yorkshire will be at the forefront of that welcome.

Finally, with that acute critical instinct so often celebrated in Yorkshire, we must understand that the project in Rojava is by no means perfect or to be idealised and idolised. Rojava is made up of people, imperfect as us, and traumatised by endless war and crisis. We must assume internal conflicts and human errors. Rojava is not a finished project, not a utopia, but rather another example for us of some ways we can exist without a capitalist, patriarchal system, that there are many ways of being, and we hold the power to make our Yorkshire the region we desire.

Tabitha is a member of Leeds Friends of Rojava. To find out more, please contact them via Facebook here or email leedsisrojava@gmail.com

Are Planners More Important Than Doctors?

In the rush of daily life when we all get caught up in the dash of uncertainty, it is professional planners who are the ones …